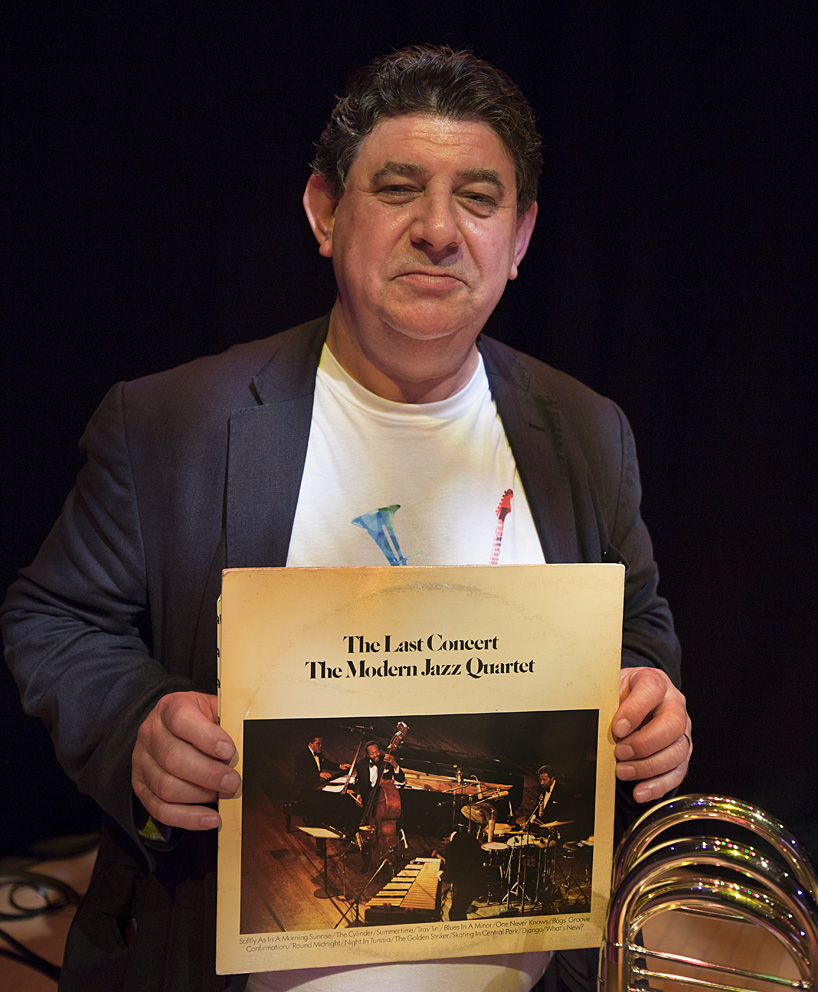 
"Okay, the album that I've chosen is “The Last Concert” by the Modern Jazz Quartet.

The reason is so special is this is the first jazz record I ever bought when I was 14 - 15 years old. And the reason I bought the record, I suppose - I was just starting to get into jazz at that point and my father had seen them play in the Royal Albert Hall in 1959. And, mentioned them to me, I think I'd seen also them on the Oscar Petersen tv show and I became a bit of a fan really.

So I went into my local HMV in Wolverhampton, and they had to order the record from America - took three weeks to arrive. when it arrived, my father was quite excited and he said he I could play it on his expensive stereo. We put the record - it’s a double album, put the first record on, put the stylus on, and it was warped and it broke the stylus and my father's very expensive....

He wasn't best pleased, as you can imagine, and blame me to this day - no no! (laughs)

So the record had to go back and we reordered it again from America and took about another three weeks to arrive.

This copy that I’m now holding is wonderful. It's not warped and and I went on to give a huge amount of pleasure to myself.

Going to parties as a teenager after I’d bought it trying to get it played. People would say ‘get that lift music off that record player, put some Led Zeppelin on’And I would go ‘just listen to the bass player. Listen to what Milt Jackson’s playing - wonderful stuff.’

And I still love it to the day to this day. Fabulous.”