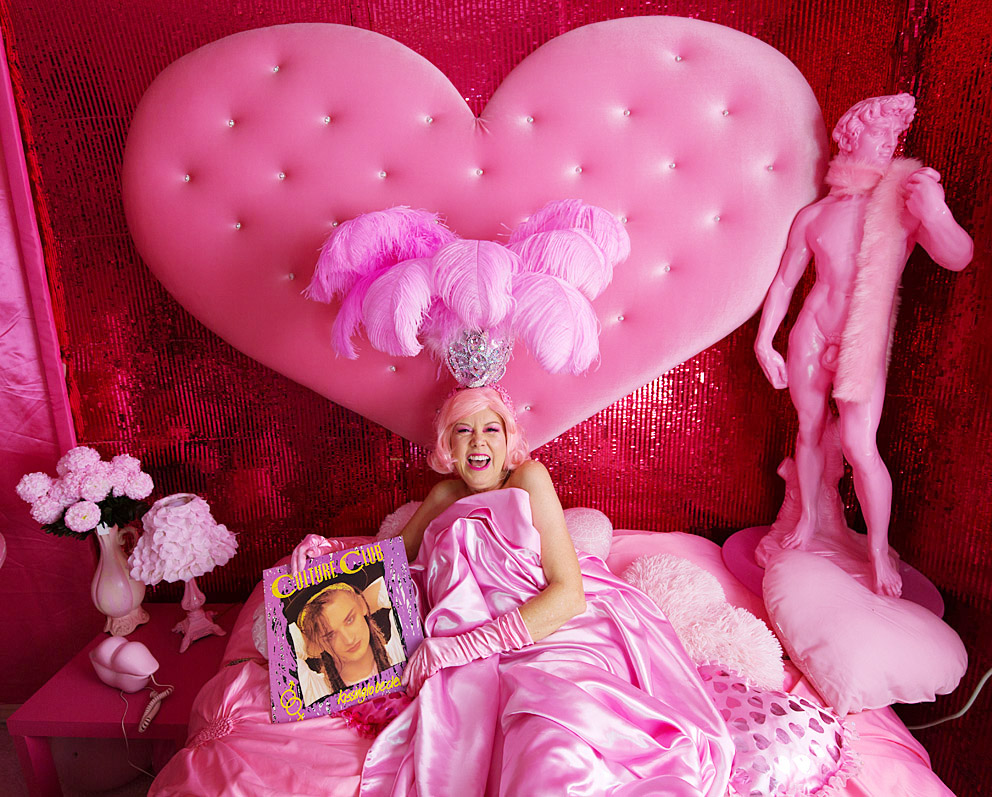 
"I remember when I first saw and heard Boy George & Culture Club, I was very young and he singlehandedly changed my life. I bought the album Kissing To Be Clever and was in love with every single thing about him. He was different and daring, androgynous and amazing. Every thing I loved & wanted to be .. but was too shy. I was a lifelong performer but didn't

have my own unique style. He gave me the courage to just be myself and to see that is was okay to be different. I began to play with fashion and makeup & my music career changed too. With my encouragement the singing group I was in with my 4 sisters went from performing cover country songs to performing & writing our own POP songs overnight.

I was obsessed with Boy George and Culture Club and could not get enough of his image and music. I remember my sweet mom took me in a giant rain storm to purchase a rare magazine called Trouser Press that I had to have with Boy George on the cover. I had every poster and every album..all the 12 inch singles, buttons, t-shirts . I collected everything!

Eventually the singing group I was in broke up & I went solo and stopped spending so much money on Boy Georges career and invested every dime into my own singing career.

I would just hand my paycheck from working at the local record store over to the recording studio owner where I was doing my own album. Soon enough I didn't care what anyone thought! It was at this time that I became as BOLD & BRAVE as the BOY.

I didn't want to make a fashion statement.. I wanted to make an exclamation mark!!!!!! Nor did I want to copy or imitate ..I just created the ME that I longed to be. My love for the color pink also flourished & I became a flamingo in a flock of pigeons. Known as 'The Pink Lady Of Hollywood'

but also as the fierce Recording Artist who I am today ........ KITTEN KAY SERA (The Queen Of Pink)

My only wish is that I am inspiring a young person who needs me ..like I needed my hero Boy George.