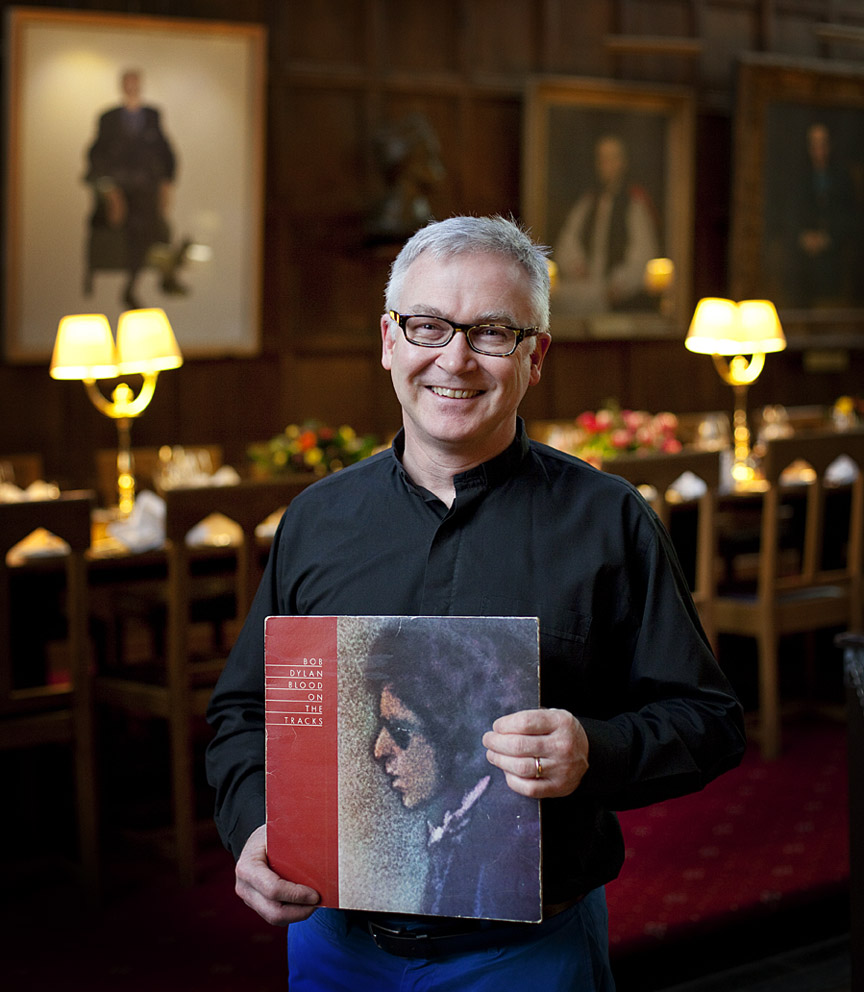 
“It's a vinyl lp of Bob Dylan’s Blood on the Tracks which i've had since i was a teenager.

As a young man I was very into jazz - inspired by my mother, and listened to a lot of trad jazz recordings.

But some friends of mine where into Dylan and we used go round to a friend's house Hugo at lunch time and listen to Blood on the Tracks.

It was this that really got me started on quite a long period of enjoying Bob Dylan's singing and song-writing which inspired me not only musically, but also politically really and gave me some sense of the possibility of using the visual arts as a media for bringing about social change and campaigning for the things which we feel are right and important.

So it was an eye opening, ear opening and heart opening experience really, listening to Blood on the Tracks.

It lead on to me buying a number of his other records and I still enjoy them and listen to them today.”

Ralph uses his skills as a photographer to help the college and cathedral to support an inspiring educational project for slum children in Delhi called 'Saakshar which he established with Edwin Simpson and John Briggs respectively.