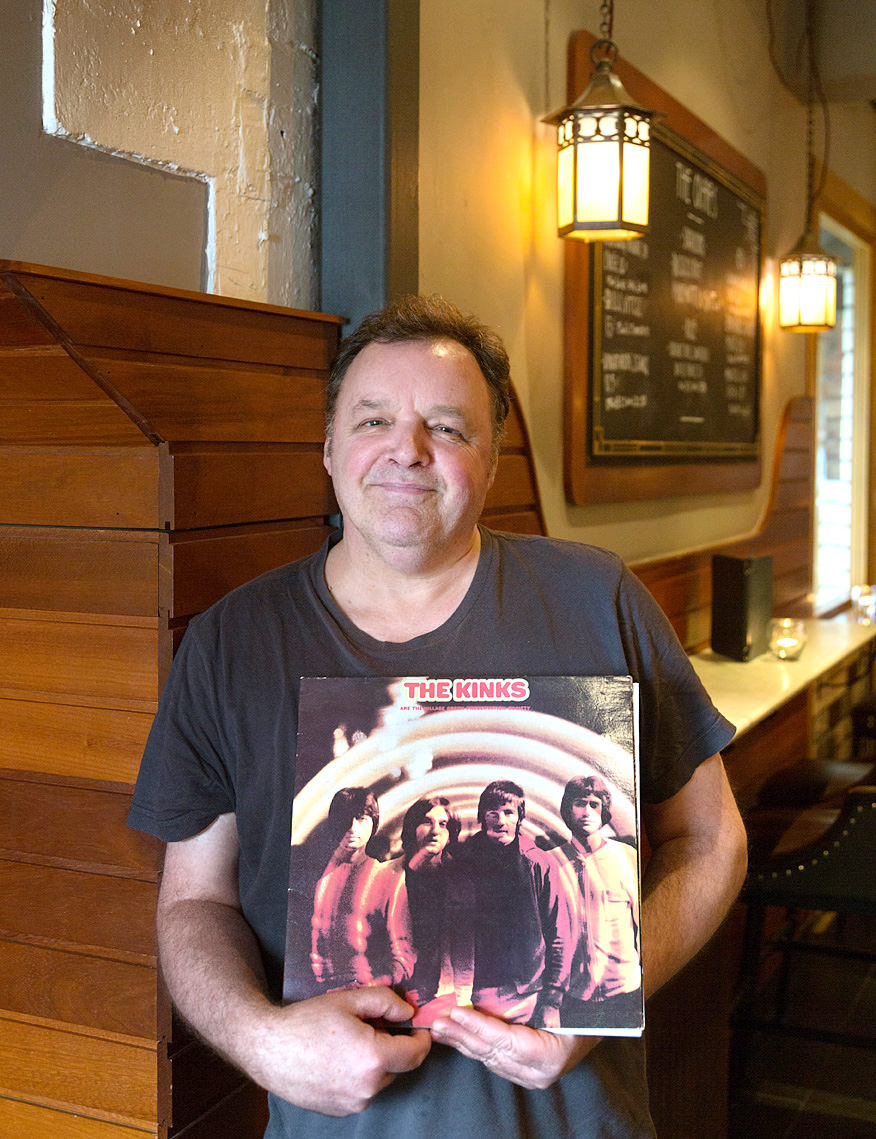 
"One of the earliest albums I bought was a Kinks album (The Kinks are) "The Vllage Green Preservation Society".

I bought it in Coleraine in Northern Ireland and did not sell - the album did not sell. It didn't get in the charts - the first Kinks album never to get in the charts is now what's called a 'cult' album, a collector's piece and it's worth hundreds of pounds now. And I love it - it's on the blue Pye label.

There wasn't a single out of it in Britain. But it's a beautiful, beautiful album. It's faultless, every track is absolutely beautiful. It's very English - very English album.

Ray Davies - he seemed to push away the whole rock thing that everyone was doing, and get back to the roots of what he thought it was being English. And there isn't a duff track on it. It's a beautiful album. And it's a complete album. It's got a feel, you know, it's not just a collection of songs there's a feel running through the whole thing. And whenever I play it I've still got the same thrill that I did when I bought it in the very late 60s. I can't remember exactly when - 68 maybe?

The blue Pye label - always a collector's item, the blue Pyes, love it to bits. I never saw the Kinks but I saw Ray Davies a few years ago, and it was doing a couple of trackss from it. And he actually said, he said 'I never do these tracks. but people keep nagging me. Why don't I do them? And (then) he did them. He said, 'it didn't sell at the time - everyone hated it - but I always thought it was something special.'

I think it's something special as well".