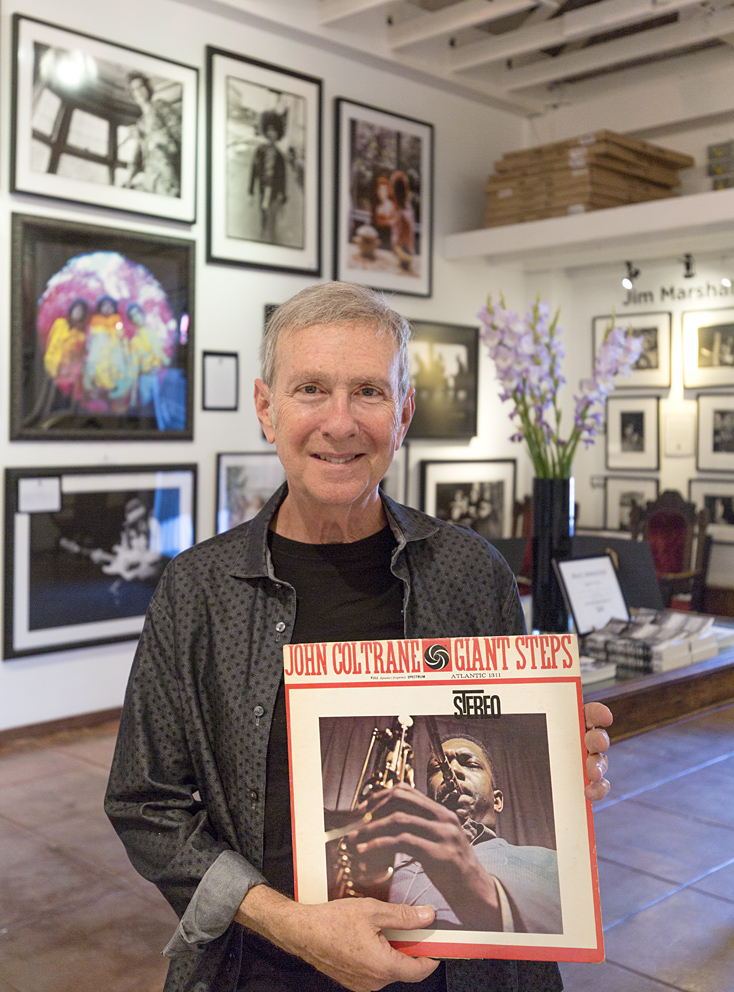 
“John Coltrane “Giant Steps” released in 1959. I came into Jazz in 1967 via an album by Wes Montgomery called “A Day in The Life” - which was a collection of Beatle’s songs and other

contemporary music because my elder sister and I were both into The Beatles and her boyfriend turned her onto this Wes Montgomery album after Sgt. Pepper had came out.

So I first heard Wes Montgomery and I became very curious because I fell in love with his guitar playing and just the whole feel of jazz.

So when I had the opportunity to explore and expand my horizons as far as my listening and appreciating music I delved into jazz more deeply I got into John Coltrane and discovered this “Giant Steps” album and once I understood the trajectory of his career and realised the importance of this album in his career and how it also set to me a new standard in jazz at that time. This album - within John Coltrane’s career was important, he’d come off of making the album for Blue Note - his only album for Blue Note he’d also come off an off and off stint with Miles Davis for many years and had played n the “Kind of Blue” album which ironically was issued the same year as “Giant Steps” in 1959.

I don’t think you can really draw a parallel between the two albums but there is a definite growth that Coltrane went through at that time - and I’m not speaking as a true expert in the field of jazz, just from someone who appreciates it and has a minor understanding of his career.

But what it represents to me when I listen to this album, and what first caught my attention was A. he wrote all the songs. B. Tommy Flanagan from Detroit my home town plays on all the tracks and the songwriting and the playing is so inspirational to me. The title really represents a giant step forward for him I think in his playing, he was really trying to stretch out and scale new heights in his playing and what he was trying to get towards.

To me it’s a very inspirational album that I listen to whenever I want to be uplifted or feel deeply because note counts on this album. Wynton Kelly is also one of my favourite piano players - he plays on here as well - Paul Chambers - also from Detroit - so I have a big Detroit connection to this album.

And I just think it’s one of the greatest jazz albums of all time it never loses a bit of its sheen over the ages.”