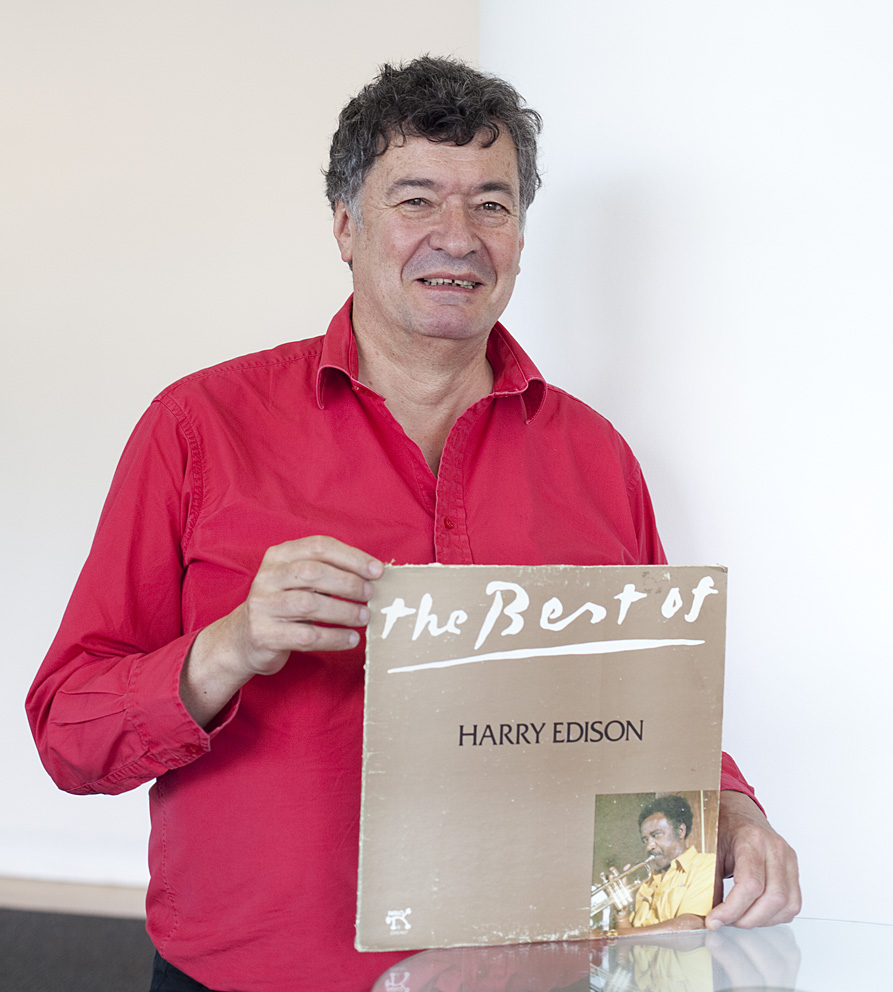 
"When I had to leave my old collection of LPs in an attic it was the one I wanted to hear first.

The tune is called "Simply Sweets."

The musicians are Harry Sweets Edison on trumpet, Dolo Coker on Electric piano, joined by electric bassist Harvey Newmark half way through.

It was recorded in 1977. The composer credit is jointly shared between Edison and Coker - which suggests that it was probably cooked up on the spot - It has that feel of a gap-filler at the end of an LP side, I imagine it was done in one take, but it's a track I've always found captivating.

It's the smear at the end of Harry Edison's phrase which I can't get out of my head. I guess it's what you call an earworm or what Oliver Sacks calls invioluntary musical imagery (INMI)

Sweets worked in partnership with other players, there are some great records with Ben Webster, and I remember he used to tour with Eddie Lockjaw Davis. The muscular tenor, and the laid back statesmanlike role were nicely contrasted.

Dolo Coker was born in 1927 in Hartford Connecticut and died in 1983. Real name was charles, Dolo was a "regional dance" - I've read that Dolo Coker was brilliant dancer in his youth

The Penguin Guide describes the tracks of this session as "lacklustre." and give it a grudging two - and - a half stars. That's fine by me. These 72 bars of magic are for my desert island."