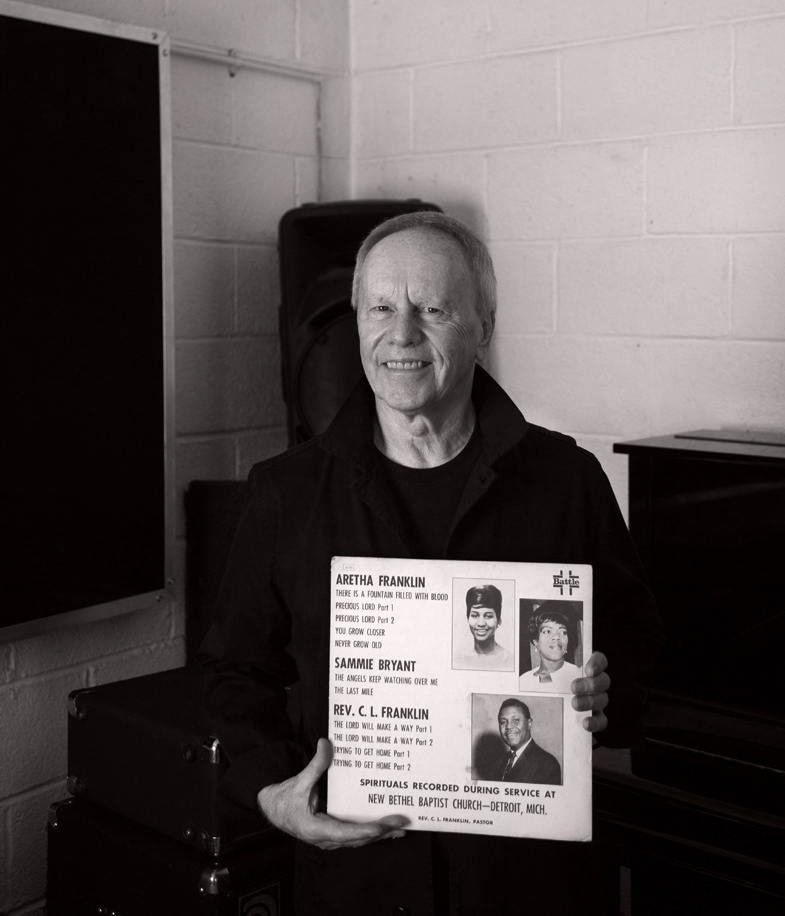 "It was one of the first albums that really turned me on to gospel music at a very early age and I'm trying to think back to when it was, it was probably around 1964. And I heard this album and it was an album that was recorded in a church in Detroit and it was by , really, Aretha Franklins father. Aretha Franklins father was C.L.Franklin and he was one of the most famous gospel preachers in America. And Battle records in Detroit used to record and release his sermons on record and on this occasion he recorded one of the church services. C.L. Franklin's Aretha, I think she was about 15 at that stage and she was the featured soloist in the church service.

Well she was the featured soloist in the service and so the, it's not a great recording there was one microphone in the church service, in a black gospel service that's a noisy place to be so there's not a lot of separation but Aretha's voice was just absolutely extraordinary. I'd never heard anything quite like it before, just the quality and the power of her voice but also the technique and the passion that she has in singing what we're really old traditional spirituals. It had an enormous effect on me. This was a long, long time before she began to be known in first jazz circles and then obviously the rest of her career. So I wrote to Aretha's father and bought the album directly from him because it was like, you know, his little Indie projects really so and its a very rare record but I still play it. I've got it on CD as well but the vinyl is very special to me."