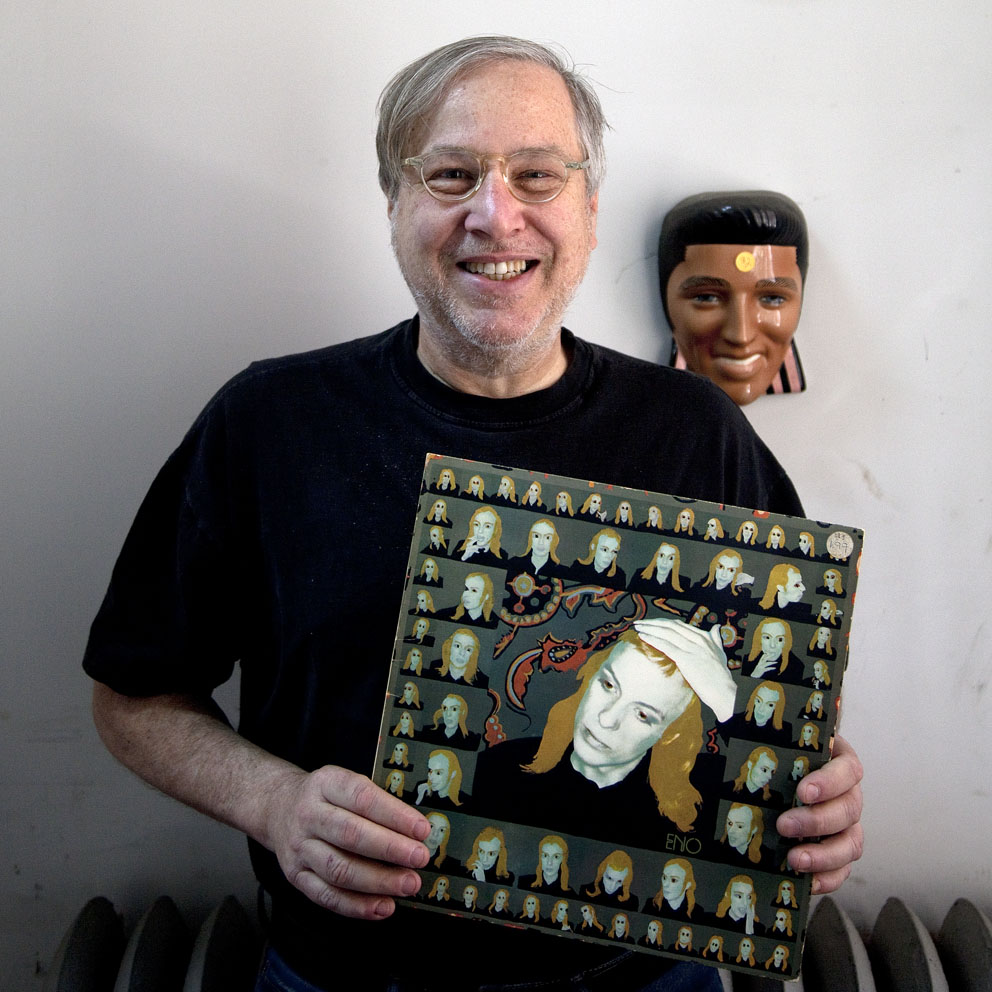 "Here’s the problem: how do you pick a record when you have more than 2 million?

People always ask us what is my favourite record and things like that and it’s always like… stupid. I just say that well, there are certain records at certain times that I played over and over and over again. And that would be like when I was playing football in high school. It was like one summer it was Revolver and I played it just endlessly.

In terms of picking one that was like a favourite, it was this - Brian Eno Taking Tiger Mountain (By Strategy) but it’s a toss-up between that and one by Anna Domino called East and West.

I wanted to pick Anna because she is more obscure and really fantastic but this record, I think, is also an important recording because I think it shows the way that music would move in the future.

More than, if you wanted to say something radical like, you know, The Beatles are completely unimportant in terms of the future of music, which of course is absurd and true. That perhaps they are a tautology; they finished what they did, they started something, they finished it, starts off as pop songs that are well-crafted and ends up enormous, incredible studio techniques with George Martin.

So though I am completely opposed to the way he looks and the glam world that he comes out of, this record is so powerful, the beats are so strong and so insistent and the wording quite clever that this is really sort of a record I played over and over and over again ."