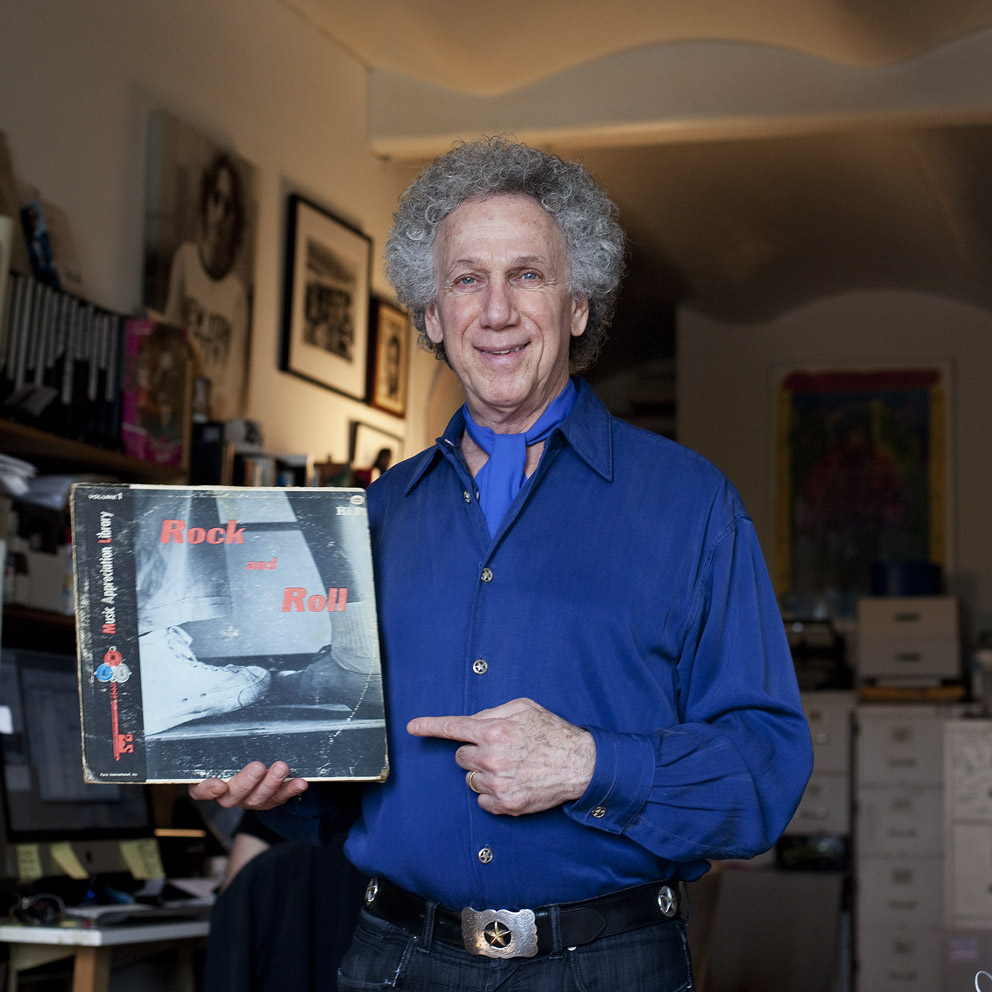 
“I have a lot of favourites you know, in fact when I was asked to make a top ten album list I came up with twenty five!

This is one of the first albums I ever bought, it’s actually a French record from a French jazz concert when rock ‘n’ roll was just beginning.

It doesn’t have any vocals, it has saxophone leads.

I’d play it to you except that my turntable’s broken right now.

It’s just got this kind of classic 50’s - sneakers, bobby soxer the white bucks - and this is where it all began and all the rest of the other records come out of this one – so I thought we’ll just start at the beginning and that way I’m not pinned down to any band or artists – it’s all just rock ‘n’ roll to me.”