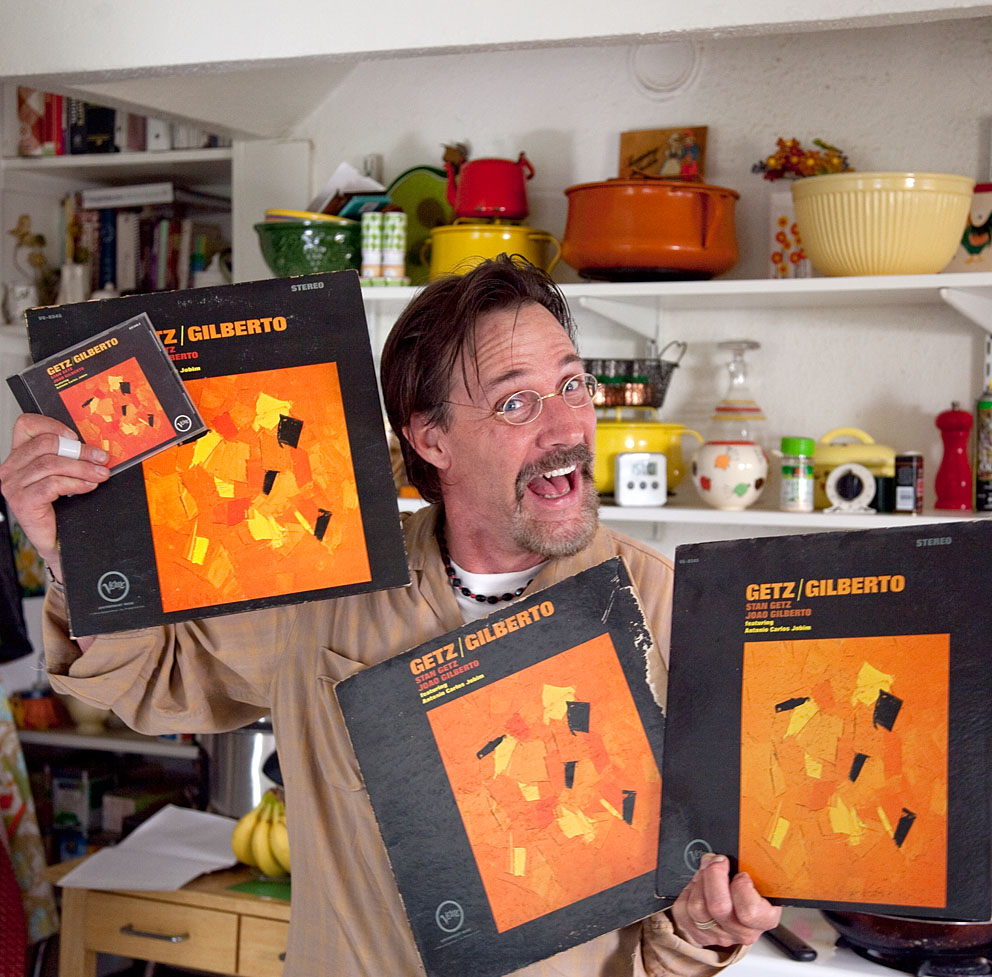 "I chose Getz/Gilberto with Stan Getz and João Gilberto, which was my entry into jazz - I didn’t even know it was jazz - and I loved it so much and it’s just an album that I have just bought over and over and over again and I listen to it all the time. I listen to it when I’m kissing my wife, when I’m making love.

I’m a writer and I write stuff like that, that sort of same beautiful…it’s jazz, but it’s beautiful.

And jazz isn’t always beautiful to some people when you listen to Coltrane or something when he’s gettin’ all crazy in the 60s, but this is beautiful, you know.

And I loved it so much and anyway that’s why I picked this album. But I have so many copies of it and I just keep buying it. If I saw it today at [???] I’d probably pick it up again and I’d go, Oh wait a second, I already have this.

I don’t care! So that’s my story on that.

Stan Getz though, something interesting about him, he got a lot of flak for this album, you know, and it’s happened to a lot of artists since then.

You know, that’s not real jazz, it’s beautiful but if you look at this album it’s still in the top ten of jazz songs.

This, Miles Davis Kind of Blue, Take Five – those are the top ten songs.

And I look at people like Brian Wilson from The Beach Boys, he got a lot of flak and it hurt him and it drove him crazy and he neglected his music.

It happened to Sly Stone from Sly and the Family Stone. The black community gave him a hard time because he was writing these positive songs and Norah Jones, another one – I love Norah Jones – but she got a lot of flak for this music but you know what? Those are the records that are going to last and last and last and it was almost a tragedy that Stan Getz couldn’t embrace this, you know, for longer because you know his peers were judging him – it “wasn’t real jazz” but to me it was the best stuff that Stan Getz ever did.

And of course Jobim, oh what a great writer! One of the greatest writers since Beethoven, in my mind. You know, he does such interesting things with music, that I can spend years just analysing his songs and the way he writes, because he’s otherworldly.

And anyway, that’s why I love Getz/Gilberto." [laughs]