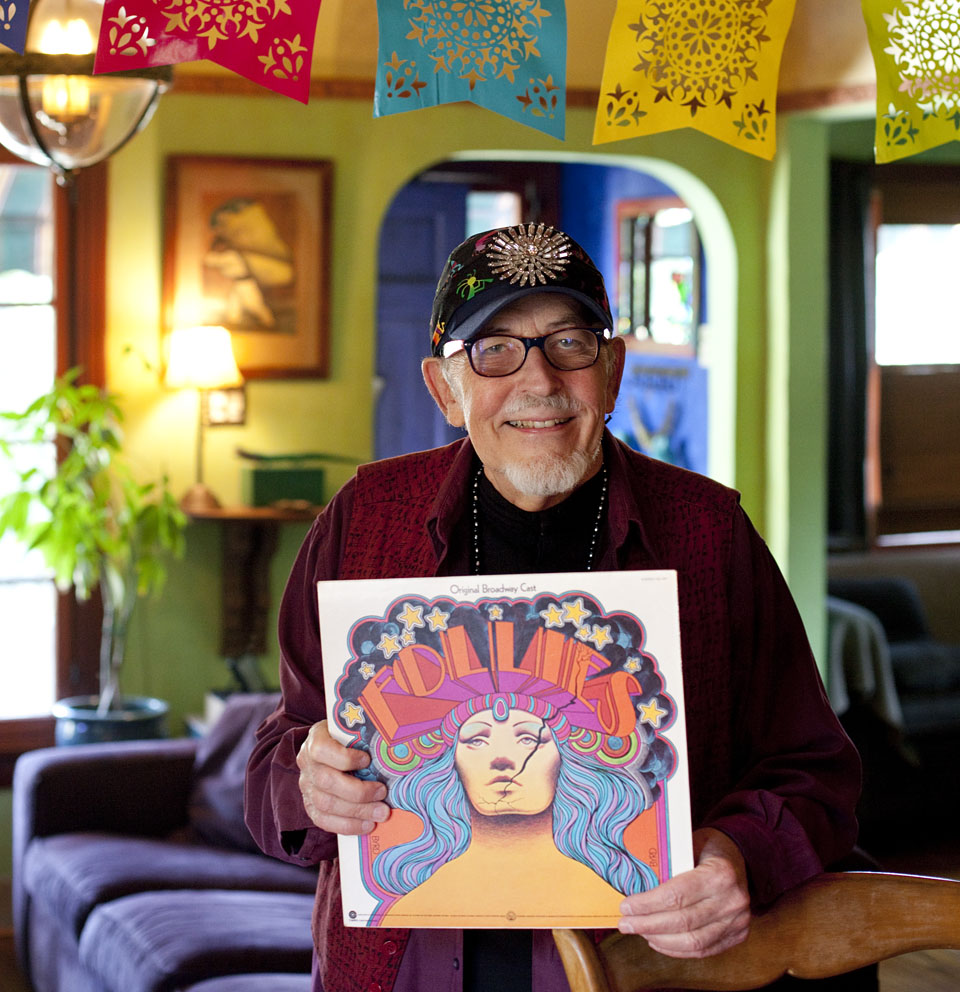 
"Well, I was a struggling graphic artist and I got this job for this new Stephen Sondheim musical, Follies. And I called up the ad agency that was handling the art and said, ‘This is David Byrd, I’m an artist, and could I present a sketch?’

And they said, ‘Oh, well, we love free!’ So I did a sketch and oddly enough it was chosen, much to my total surprise. I just wanged it out and did it, you know?

And it became kind of a legendary show that was very large.

It had a cast of 48 and huge sets and it was about the end of an era, about the end of the Ziegfeld era, really. Those girls and those... They were plotless. They had vaudeville acts between... They had six-foot girls walking around in glamorous costumes.

You know, I’ve just done every possible idea I could get from that original idea of the Follies girl with the title being her head dress and the crack symbolising the end of an era. It’s a metaphor. So that’s kind of it."

DB: "I like this show particularly because it’s a pastiche that’s extremely eclectic. So it represents every possible type of music pre-1940.

And I was born before Pearl Harbour. So I know everything from Victoriana, Ragtime, Operetta, Big Band Jazz, little band jazz. And popular music, Gershwin. I mean, it’s all in this show."

WE: So it gathers all the strands of your own taste in music, I guess.

DB: Yes, and even though I did many rock posters, as I’ve grown older, I listen more to Billie Holiday and Louis Armstrong and Ella Fitzgerald and Chris Connor and people like that than I do rock music. And I don’t know why that is. That’s just it.

Though there are some new bands that I think are pretty sensational. And one of my favourite guys was Lou Reed who we just lost recently - and Leonard Cohen."