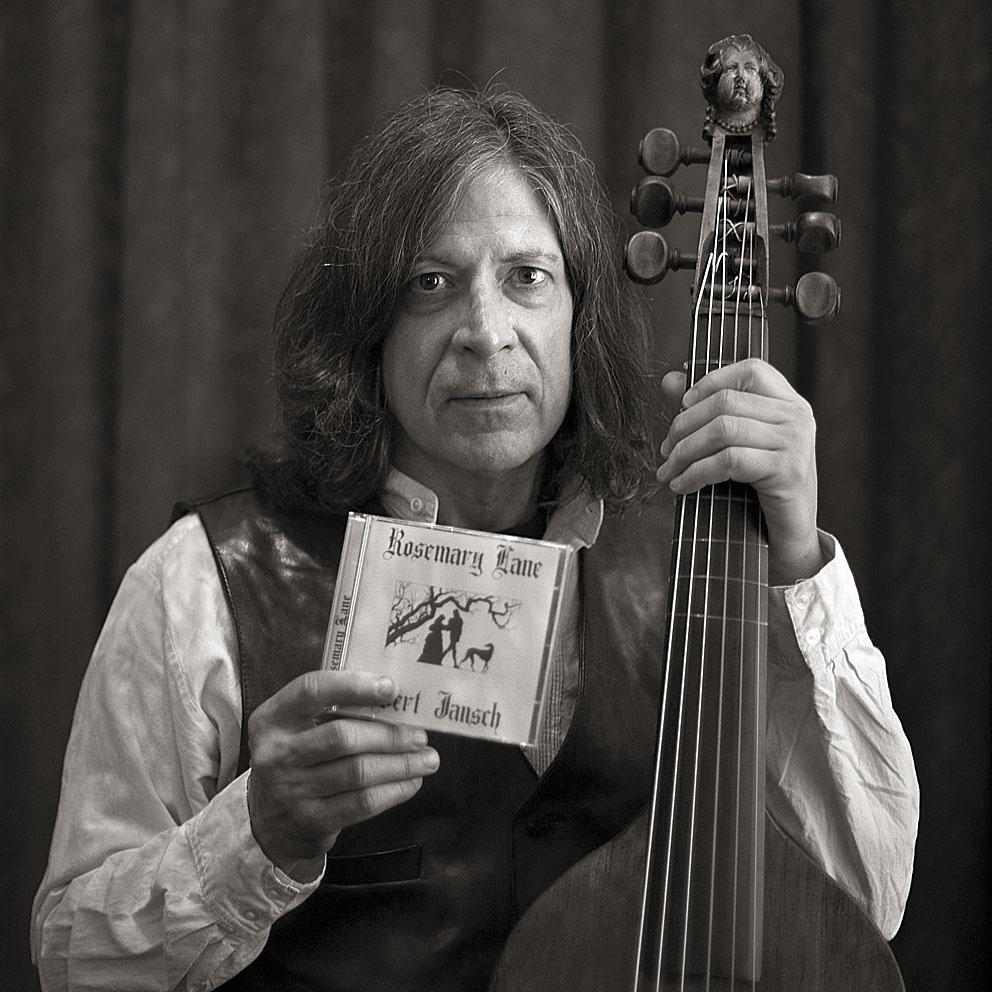 
“It is, and you know how difficult that is for a musicians and the more eclectic the musician the more…you know, I could say so much about so many influences and the music I come from - Celtic music, Indian music - honours the teachers and people before so I don’t want to give a speech if I could about everybody but what I’m going to do is tell you about one record.

I have a CD re-issue of it, it’s called Rosemary Lane by Bert Jansch. And Bert Jansch was one of the seminal people in the English folk scene in the early ‘60s. He eventually played in a band with John Renbourne [checked] and Danny Thompson, the great bass player, called Pentangle.

This record led me to that, led me to the idea that jazz and eastern fusion and Celtic or British music could all mix. Nobody worried then about boxes. And so when I was 14 years old, I skipped school a lot and my mom worked downtown, right down here, and there was a place called Jenkins Music and they had this record and the cover of it looked so cool and I just had to buy it.

It had him playing guitar and open tunings and playing everything from Corelli to old tunes to songs and, you know, it was folk mixed with something different .

And so when I was 14, it led to the direction that led me to Britain later , that had me go there and I just learned the music, played in the folk clubs and met many of these people.

Bert Jansch died last year [October 2011] and it was a real loss.

He had a successful career in spite of heavy alcoholism and was a real influence on a lot of people.

And so, Rosemary Lane of all the records I could think of that I could put my hands on and I was sitting downtown where I found it with someone from Britain, it really puts it all together.

That’s very important to me… I was going to say that for I for years performed three or four songs off of this record, you know, at different times and on my new record I just recorded a song from this called “Sylvie” or “I Once Had a Sweetheart”. So it’s with me, all the time, and it led me to so much more and I didn’t know what was there.

It shows the thread in my life, the connection to my heritage in Britain and yet mixed with that openness that allows us to play different kinds of music and show those connections.”