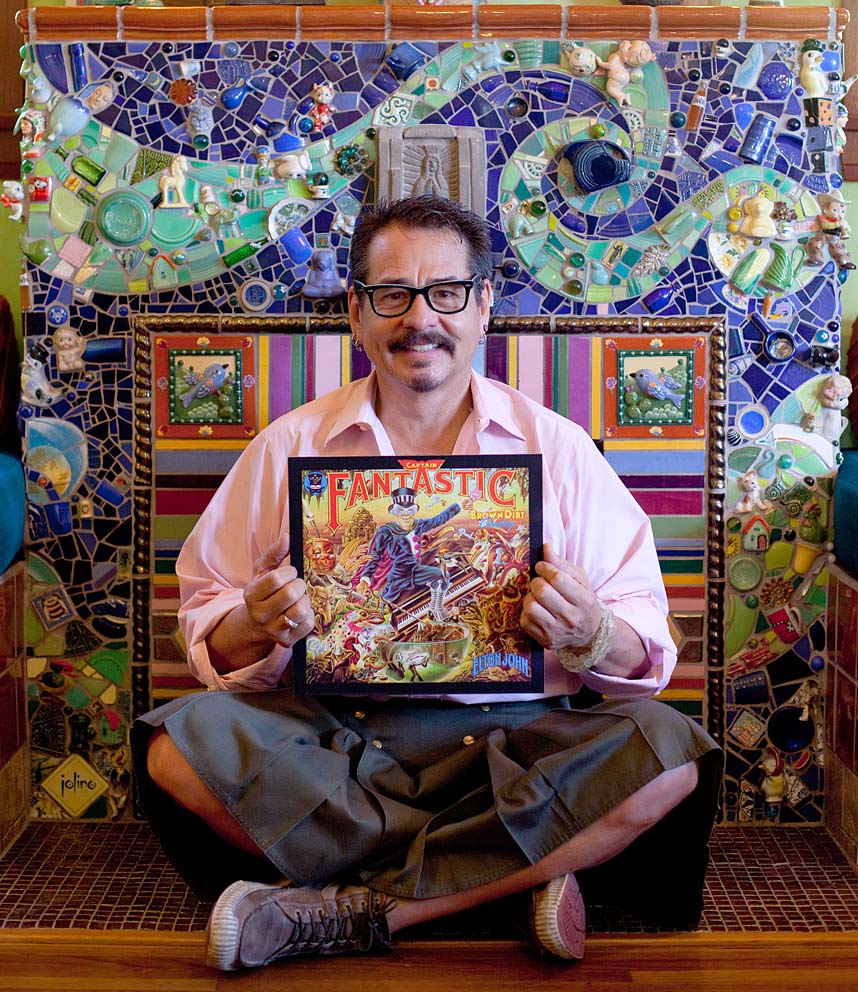 
"Elton John – for me – ran at his peak in the years I was at high school. Madman Across The Water came out around ’71, and he was the first person that I became a fan of and I would spend nights getting tickets.

And everything about his craziness was sort of inside me cos I came from a very repressed background and there was just something I could experience. Busting loose, being crazy and creative... And Captain Fantastic was sort of my ‘American Graffiti’ summer.

This came out in ’75 and it was a song everybody played. I was the editor of the yearbook and everybody talked about me being the crazy Elton John fan for four years and he’s finally leaving! (laughs) But it was.

I was so absorbed and the song ‘Someone Saved My Life Tonight’ always made me think, ‘You can get out.’ You can somehow be different from background that I don’t really want to go into too much, but I really thought I would be trapped in a certain kind of life.

And this and getting out of my school and thinking, ‘This is the change in my life to being an adult,’ to making decisions that were gonna get me out of the little town I was in, and what I had to do to make sure I didn’t screw it up.

And this is just four years of listening to his music, in particular, amongst others that I really loved, but this one was sort of my anthem.

And that’s why when you mentioned an album, I really thought of this summer. 'Cos after this summer, everything was totally different to me, when I got to college and started to become my own person... I met David while I was still in college. And I went from being engaged to be married, to, a few months later, moving in with this character.

And I reflected again on this song, ‘Someone Saved My Life Tonight’, and meeting David changed the whole course of my being able to be honest and be the person I was meant to be. So that’s why this album is important to me."