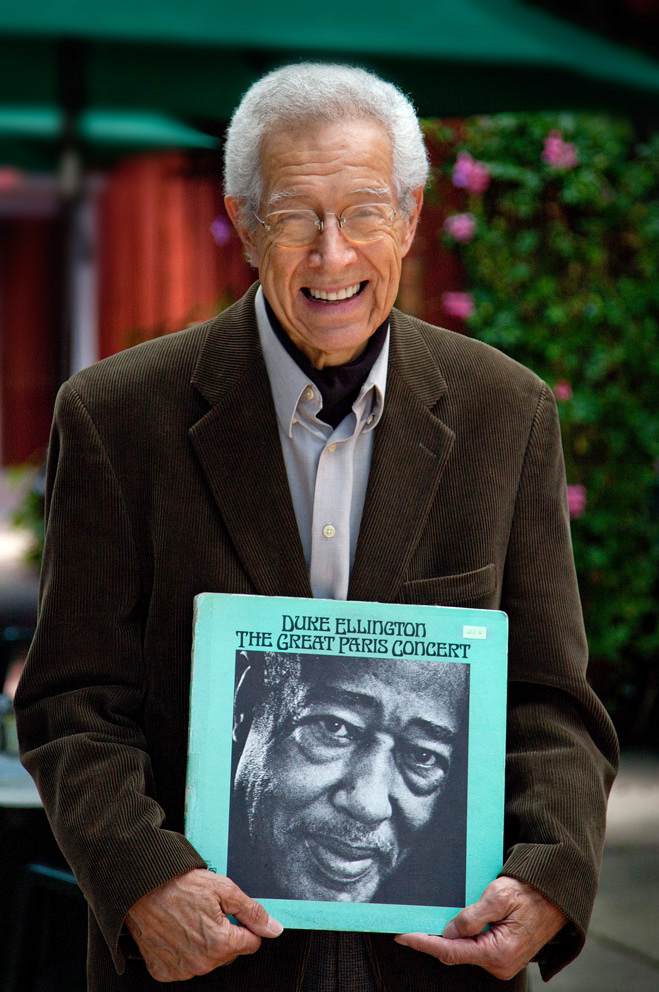 "The record the maestro recorded in Paris in 1963 there are many great things on this recording.

It starts off with Rockin'n Rhythm which we all know has gotten it's own wings after Ellington.Written in 1929 - hello! - Zawinul and those guys were do it later.

Star Crossed Lovers from the Suite,the Theme from the Asphalt Jungle movie,couple of pieces featuring Cootie Williams, Concerto for Cootie, Tutti For Cootie and The Suite Thursday another suite by Ellington and Strayhorn.

One that I particularly like - well I have to say it's one of favourite pieces in all of Ellingtonia - and all music is Tone Parrallel To Harlem known as Harlem Suite.

This was commissioned in 1950 by Arturo Toscanini of The NBC Symphony Orchestra of New York.

Ellington at that point was pretty popular and also gaining recognition as a serious composer so that's why he got the commission - at the time he was fifty one.

That piece has been recorded in many formats including symphony orchestras both here and in Europe and on various occasions by Ellington himself with his band - this happens to be one of my favourite versions of it.

First of all I love the composition, I think it's one of the most outstanding musical compositions ever written, certainly (ever written) by Ellington.

But the main thing about this - it is a great extended composition of jazz music - that only Ellington could do.

I would encourage anyone to listen this, it happens to be my favourite version of it - and this a live performance in Paris in 1963.

The classical people are starting to say this is some new - material done in a highly sophisticated way that has never been done before - so that's why I wanted to talk about this record!

Listen closely and something else reveals itself."