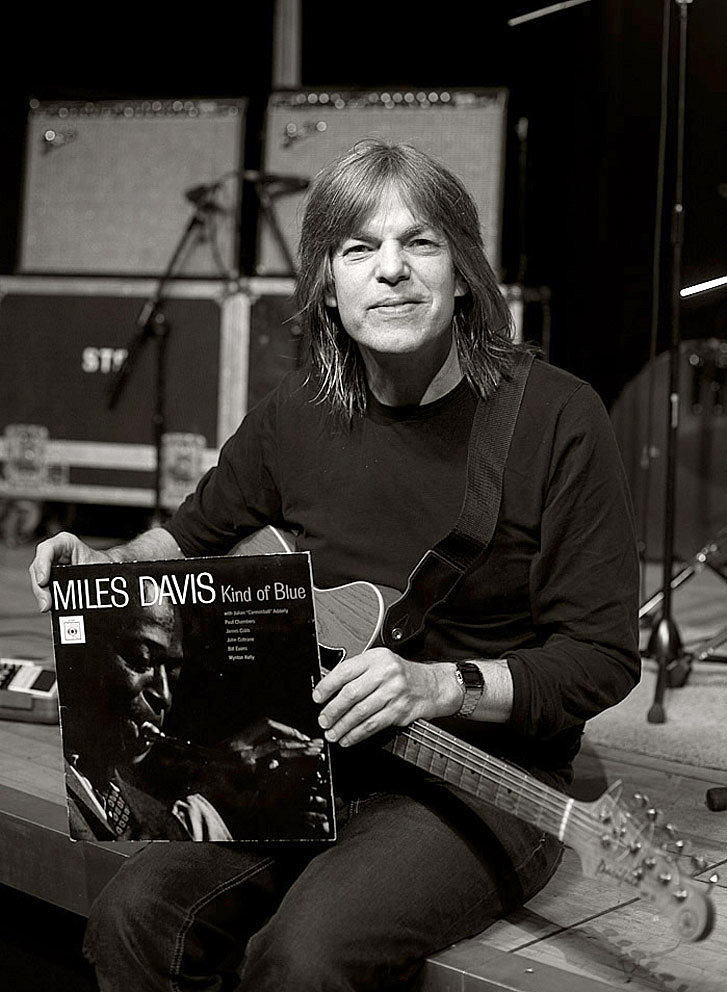 
"Kind of Blue has obviously captured a lot of people hearts, it's a huge success in terms of getting out there and people hearing the music - and for good reason.

It just has an amazing an balance of a lot of space and a lot information too. Man - 'Trane and Cannonball play their asses off on it!

- I love getting the chance to play with him - and actually this whole band - this particular band (Four Generations of Miles) with Sonny Fortune and Buster Williams – who are phenomenal musicians and really great people too. And of course Jimmy.

Buster was telling me when Paul Chambers died he was called to play in the Wynton Kelly Trio with Jimmy, and then when Kelly died three months later....

I hear a lot of stories now with this band - there's a whole bunch of history these cats run down.

But this record just really knocked me out, it's really hard to pick your favourite record - there a million of 'em, and I don't really have a favourite but this is certainly one of the greatest records ever I think and for obvious reasons.

And Miles of course just played his heart out all the time - he just played from the heart and everybody on that record did.

Mike Stern: Photographed at Band on the Wall, Manchester, March 2011