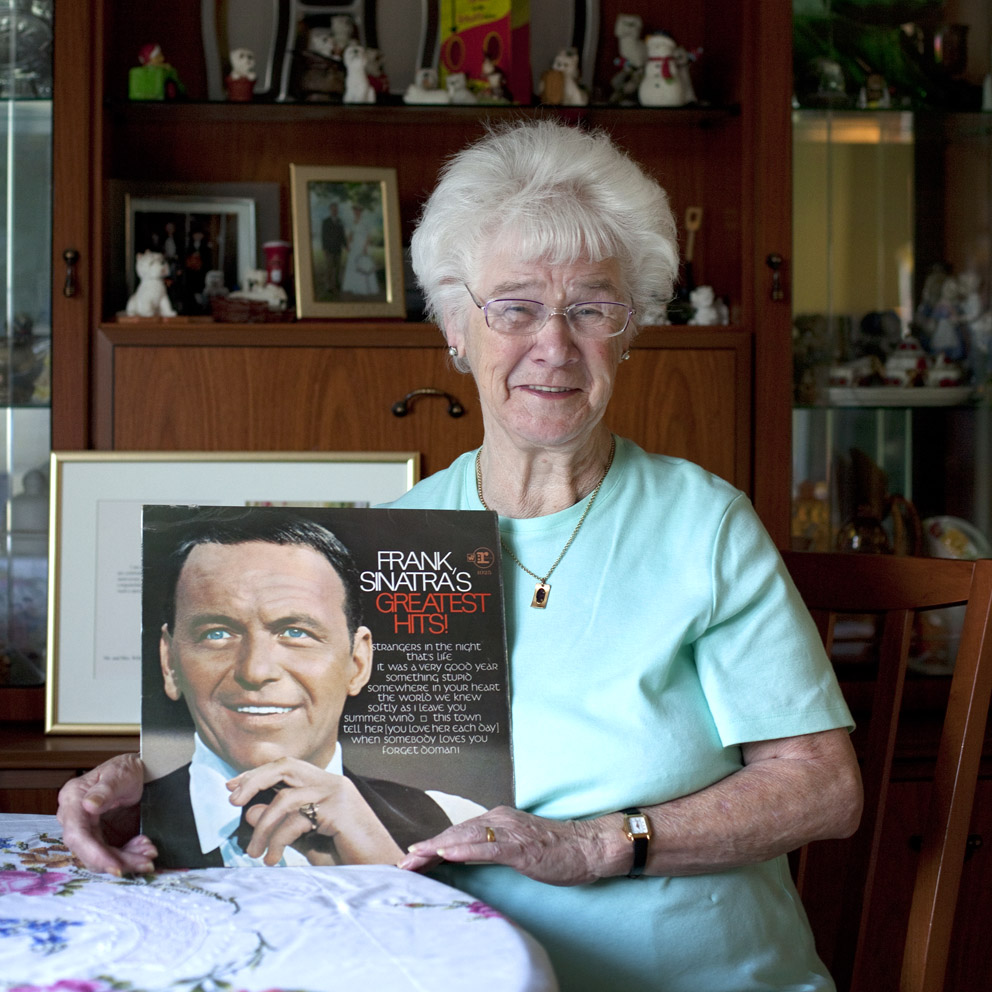 
"It's Frank Sinatra's Greatest hits – Strangers in the Night is my favourite track and It Was a Very Good Year - I like that one and Thats Life -he was verylivelyon That's Life'.

He could sing seriously or go jazzy and swing a song.- he could sing any song, a ballad or a lively one and I love the way his tone blended with an orchestra.

I like him all over, good entertainer ,everything about him, I thought he was lovely - lovely blue eyes O'l Blue Eyes! He was lovely.

I just like to listen to him but I've seen a lot of his pictures - though he was a nice dancer too.

I remember him with Gene Kelly and Grace Kelly, him and Bing - they were good together.

I was in his fan club donkey's years ago, you had to pay a subscription of two shillings or two and six pence – something like that and used to get some information about him now and then – don’t know where all that went though!

I liked the way he sat on a tall stool his hat just tipped at an angle when he sang.

That's a lovely picture (of him) - he was the best.

I loved him in other words!"