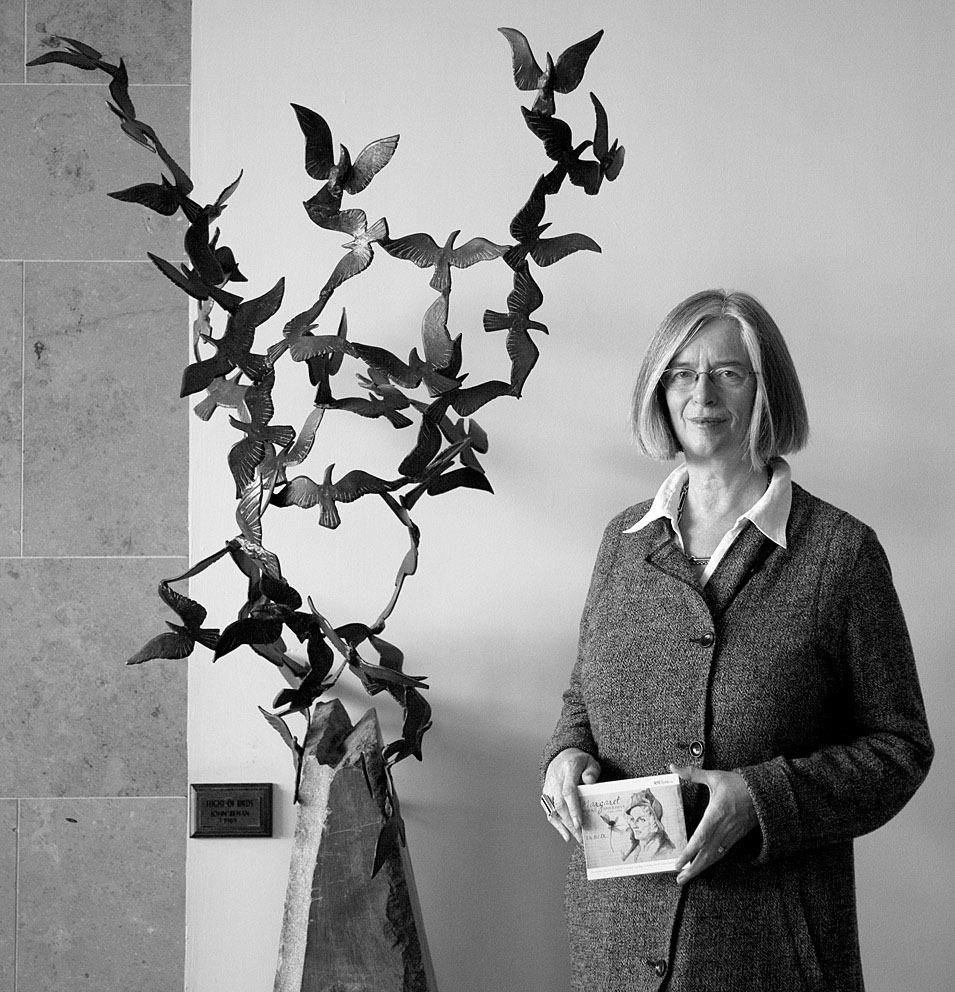 
"I have chosen a re-mastered CD of the singing of Margaret Burke Sheridan who died in 1958. Now, in a way, my reason for selecting her is not that she is my absolutely favourite voice in the world.

For example, I perhaps prefer Kathleen Ferrier or, I’m not sure, others. But I identify with her story because she is an Irish singer.

She was born in County Mayo and I find this very poignant (and Anne Chambers has written a really beautiful book about her) but she was born a year before my grandmother – she was born in 1889 – and she actually was orphaned by the time she was 11.

I think of this little orphan girl being sent up to the nuns in Eccles Street, the Dominican nuns, and Mother Clement, a very famous music teacher, taking her under her wing and somehow Margaret Burke Sheridan’s voice redeeming her whole life as well as giving us a lot of pleasure.

I love that story.

I should say that I went to Eccles Street myself as a boarder in the ‘60s. I didn’t know about her then so later on when I started to listen to music more carefully I thought oh my god, a beautiful concert hall, which was knocked down to make room for the Mater [Hospital], that beautiful private chapel must have been the places where she sang with Mother Clement.

I’m an art historian by profession so these little funny quirky ways of reimagining a creative person intrigue me and I indulge myself in them so when you can retrace some of the parts it’s a pleasure.

Her voice is wonderful, absolutely rich, golden voice. She had been a mezzo soprano but she was persuaded to become a soprano and I always think that gives you a sort of richness to the voice, I don’t know.

Her debut was in 1918 and all her best roles were with Puccini, I think, and by 1923 Puccini himself was tutoring her. But she’s a very funny person because she loved being Irish.

Now I know there was a thing for Irishry, you know, just before and after the First World War but still I think she was very sincerely passionate about her Irish identity.

In this re-mastered disc which RTÉ put together – RTÉ in Limerick – they quoted a bit from one of her radio interviews and she talks about her performance in Naples being cancelled because of the death of Terence MacSwiney who was the Lord Mayor of Cork and a great Irish patriot.

So she didn’t try and throw off her identity; she celebrated it and the great, great, great conductor Toscanini called her the Empress of Ireland.

She only had a 12 year career - she started late and it ended early - and when she came back to Ireland during the Second World War she was very poor and RTÉ Radio apparently would give her something like two and six to come in and do an interview and friends put her up in a flat in Fitzwilliam where the people who owned the Shelbourne Hotel gave her a residence there.

But she went around the city, apparently, sometimes wearing her operatic gear and sometimes she would sing to somebody at the bus stop if she started to talk to them about a role.

Thomas MacGreevy has a lovely essay in The Capuchin Annual about that. He was a bit embarrassed. She suddenly broke into, maybe Ave Maria I can’t remember what, at the bus stop.

Hilton Edwards the great theatre director, founder of The Gate in 1928, he said, “Did you not know the curtain had come down?”.

One of the things I am interested in is the way artists become artists and succeed in holding on to their talent. And in one of those RTÉ – Radio Éireann as they were then called – interviews she said it’s not the work you do in the studio that makes you the great artist you are, it’s the communal life of the artist which brings out their creativity.

And I am very interested in this idea of the extraneous things to the actual technical perfection being important in the training of an artist and I remember a great artist called Noel Sheridan, the name’s a coincidence I’m sure, and he was the director of the National College of Art and Design and he said “a quarter of the education goes on in the canteen and [he] looked favourably on this” and I like that.

So for me it was a beautiful voice combined with a poignant story that I can personally vaguely identify with through her going to school in the same school that I had gone to."