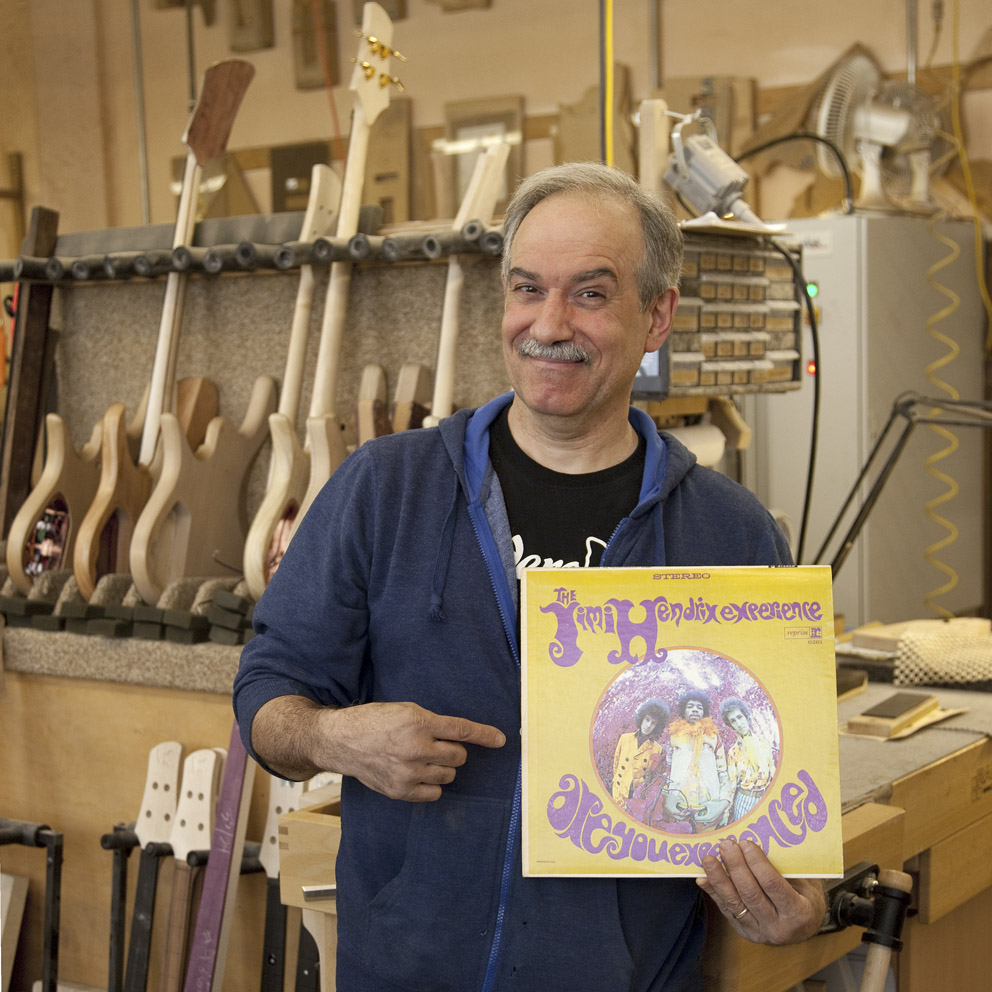 WE: The Big Apple.! Thanks for that. And so Vinny, what have you chosen very kindly as your one LP, would you tell me why is it so special to you please?

VF: I chose Jimi Hendrix’s Are You Experienced [laughs] and I must say it was very difficult to choose only one. But the reason I chose it, although I was actually very profoundly enlightened some years earlier by The Beatles - I was a young tad of a lad - and they sort of opened my mind to music.

I chose the Hendrix album because it’s actually more relevant to my professional life.

When I first heard Jimi it blew my mind – as I’m sure it did many people – and listening to his playing and his technique made me very aware for the first time of the guitar itself, not only just the guitar - but the songs.

I was fascinated at how he achieved the tones and sounds and effects that he did which led me to investigate the guitar itself. I realised that in the hands of a master like him the guitar could be a very powerfully expressive tool.

So in a very real way that led me…it actually began a love affair with guitars and basses and gear of all sorts which has culminated in my current career as a luthier so I really sort of owe it in some large measure to that early influence byhim.

So, thank you, Jimi!

And it’s still a turn-on. I still listen to him and try to play and catch some of what he was doing. Endlessly fascinating -that’s it!