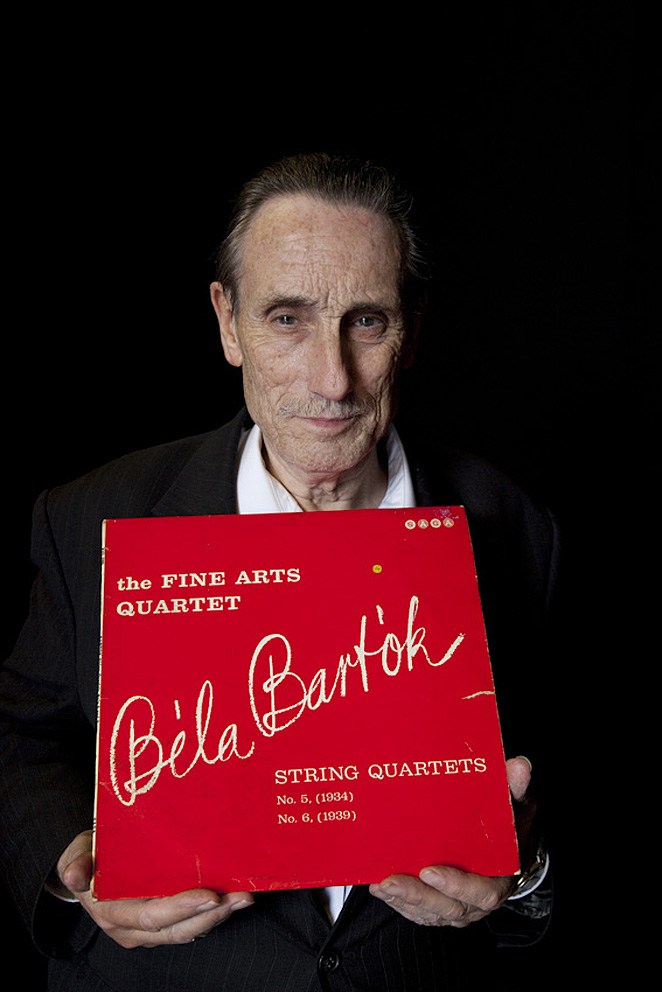 
"When asked to pick an album that had the biggest impression on me, I found it difficult to choose from all the great jazz recordings that had inspired me.

Instead I decided to pick an album from the classical world, one that has had a life time influence on my musical thinking.

Of all the composers from the first half of the 20th century has long been Bela Bartok and I will never forget hearing for the first time his six String Quartets; long considered the greatest contribution to the genre since Beethoven.

On first listening I couldn’t believe there was only a string quartet playing; it sounded like a full string orchestra, such was the power and richness of the writing.

Bartok’s Quartets are full of exciting harmonies dissonances and wild almost jazz like rhythms. Later, on first seeing the scores, I began to understand how he achieved such dynamic and often” savage” power from only four instruments.

However, it took me over thirty years of intensive study before I was able to figure out a way to incorporate some of his techniques into a jazz format.

This long search eventually led to my Miles Music album “Janus”, featuring my jazz quartet plus a string quartet. The string writing in “Janus” is heavily influenced by Bartok and especially by the 4th String Quartet, arguably the greatest masterpiece of the six."