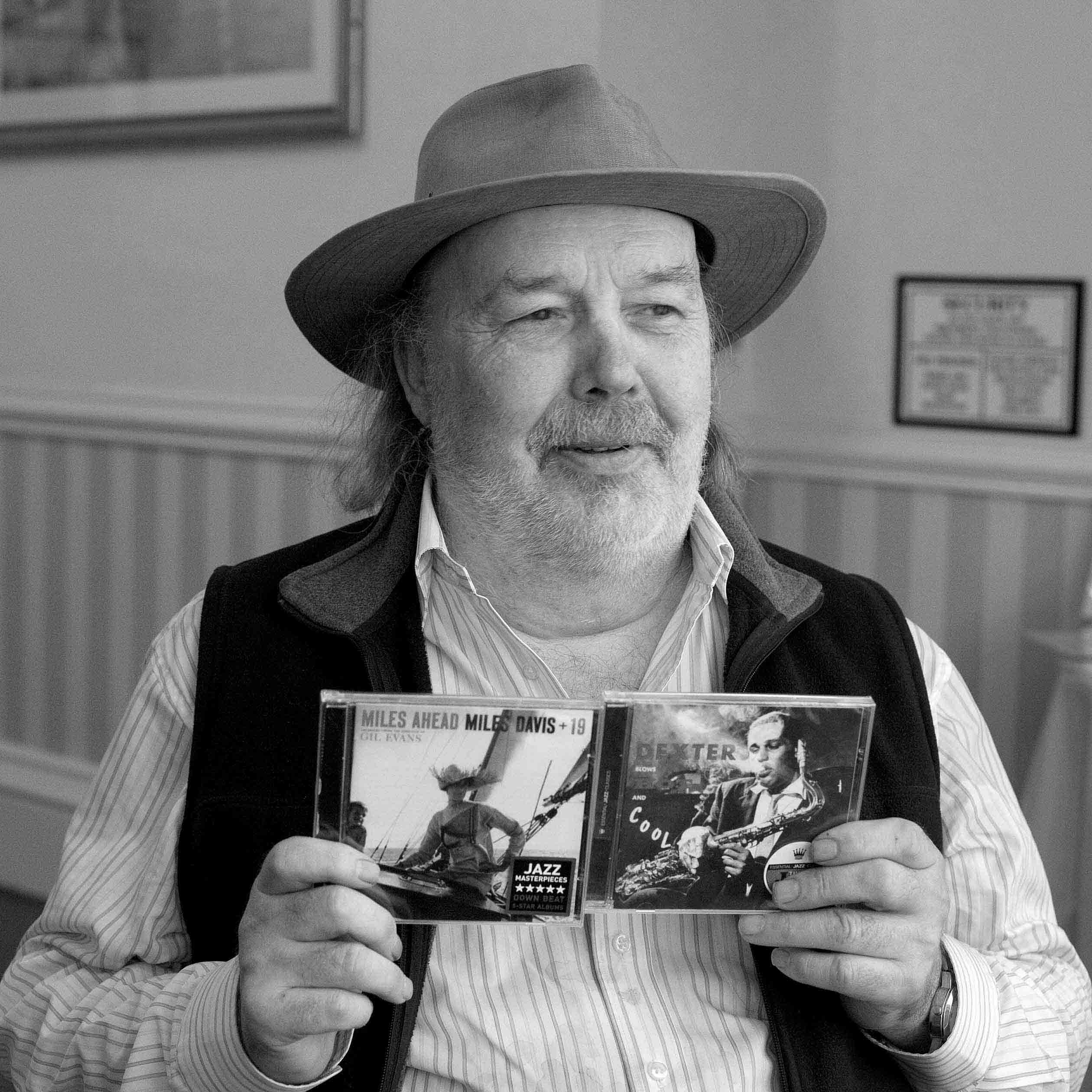 
“Right, Miles Ahead, I first heard that in the 70’s actually, completely new way of writing.

Gil Evans with Miles Davis. Miles is great on it, very cool playing, fantastic LP at the time.

I don’t think anyone else has caught up with Gil Evans since then - the way he was writing.

Dexter Gordon - Well it’s the sound really - there’s no other sound like it.

If I could get a sound like that I’d be over the moon - but then, I’m me really - so I have to put up with me!

Dexter I love - specially the Go! album and Doin’ Allright which I got in the 60’s - that’s about it really.”