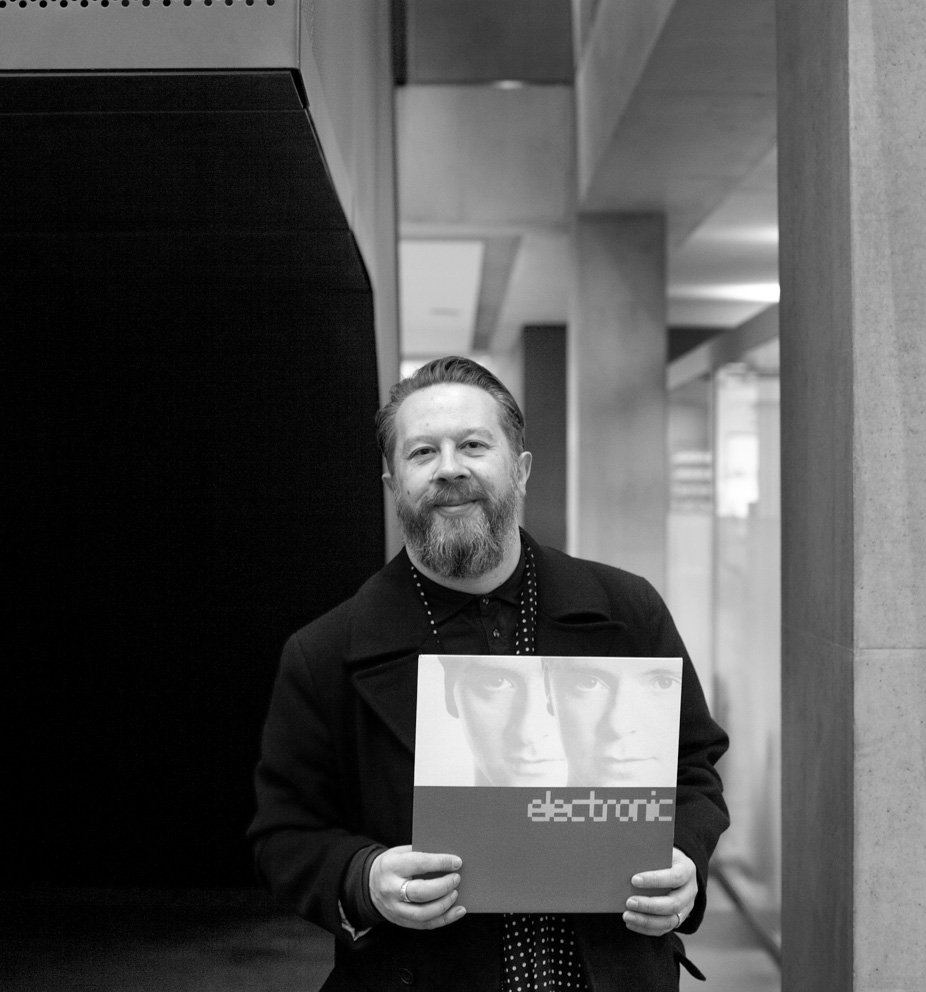 
“It’s ‘Electronic’ by Electronic. I was a big fan of New Order and The Smiths and it just seemed so exciting the idea of various sections, Johnny from the Smiths and Bernard from New Order, coming together as they were in the 70’s and 80’s, that sort of super group. They obviously put out the single in 89 and it’s as perfect a pop record as you’ll ever hear, with Neil Tennant and Chris Lowe from The Pet Shop boys. The album came out two years later and I was just taking my GCSE’s that summer, believe it or not. I can even remember the week it came out; it was the week of the European Cup Final. Marseille and Red Star Belgrade that Chris Waddle was playing in, who I got to know quite well when he was manager of Burnley. It was an exciting time. Summertime, exams and a record from two absolute idols of mine.

If you look at the pair of thems careers you’ll probably pick out stronger records than that but for me its absolutely spell binding from beginning to end really. It’s a good record.”