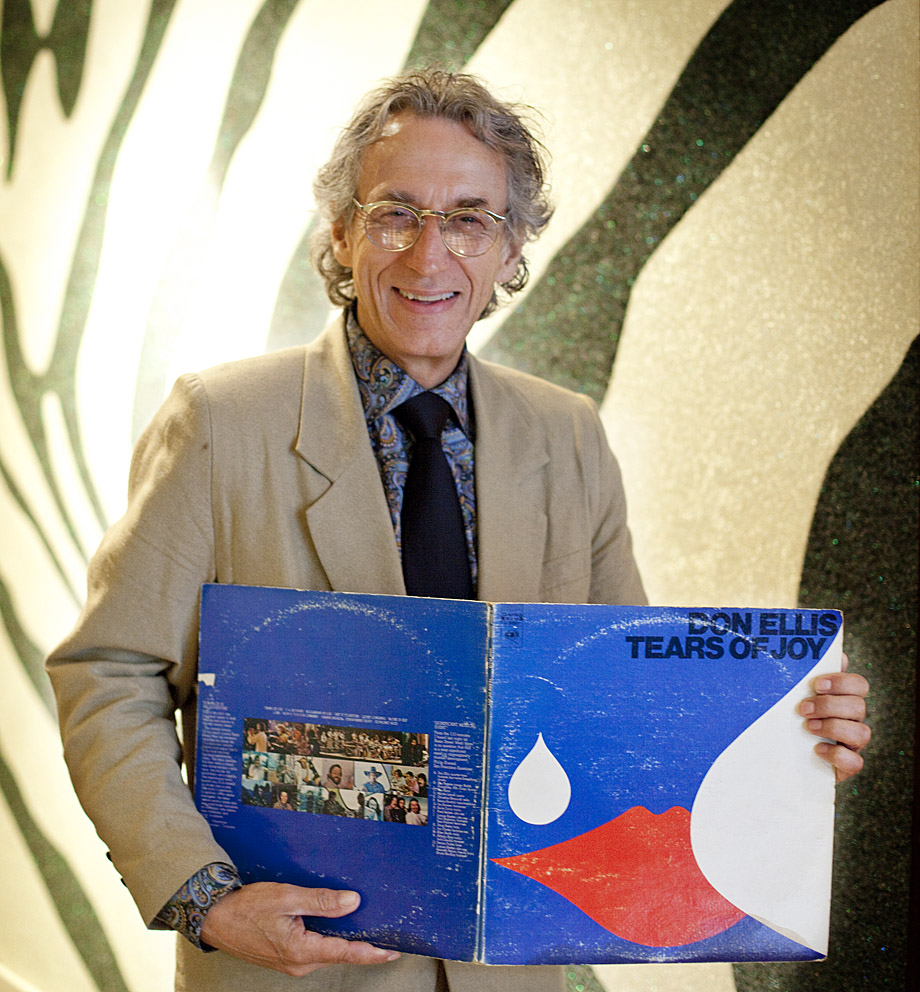 
"My One LP is by Don Ellis - it's a live album by the Don Ellis Orchestra called Tears of Joy.

When I was 16 the Orchestra came to my home town of  Norfolk Nebraska. I had never seen live big band jazz before and this was a really big band!

They had a string quartet, lower brass, tuba - lots of cool stuff stuff.

A pianist named Milcho Leviev had just come from Bulgaria a drummer named Ralph Humphrey who went on to perform with Manhattan Transfer and record on most of their albums.

As time went on I had the great occasion of hiring Ralph to play in my band when I lived in Los Angeles .

I appeared with Milcho's quartet in Los Angeles and became very very close friends with Milcho as time went on.

I was just riveted by this music when I was 16 years old  - very intricate very wonderful jazz.

Don Ellis was a innovative trumpeter who had a 4 valve trumpet instead of 3.

In performance they were all dressed outlandishly -  Don had boots up over his knees, riding pants and a long black coat when he played the trumpet.

When he sat down he was at a set of drums - this made 3 drummers and a percussionist - and they would do drum solos !

It is still one of my favorites albums – I bought it in the early seventies, I play it on my radio show still - wonderful music."