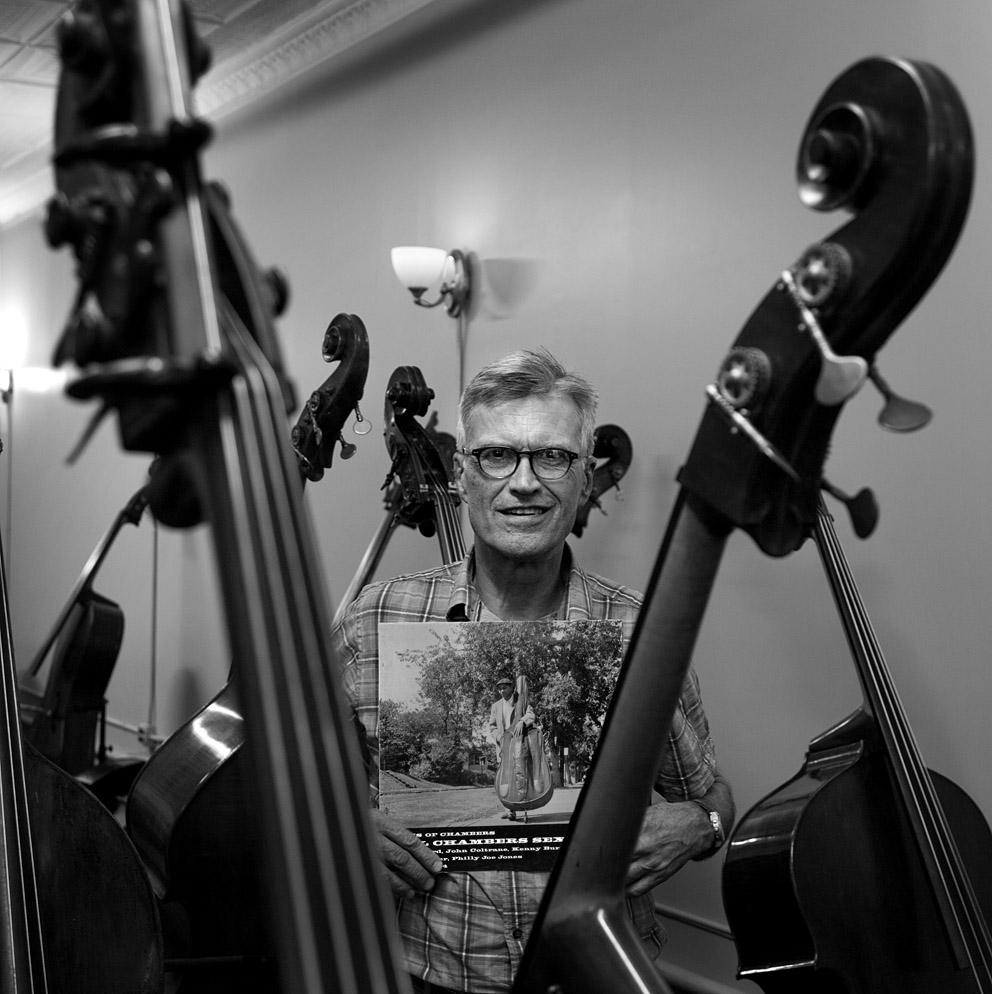 
"The 1956 yellow toned cover photo of a 21 year old Paul Chambers, wheeling his bass in the suburban neighborhood of engineer Rudy Van Gelder, really caught my eye. How cool was that!

The music on the inside really caught my ears, mind and heart. It was smart, warm, joyful music that beat with a heart of collaboration.  I wanted to join in! The music was well rehearsed yet fresh with the fun sound of good friends challenging each other to the highest levels of musicianship and a swinging good time.  It was a great inspiration to me and helped cement my already budding love for the string bass.

It is a thrilling straight ahead jazz album in which four already establish leaders, John Coltrane, Donald Byrd, Horace Silver and Kenny Burrell jump in 100% to become sidemen for one of their favorite sidemen, Paul Chambers. The message of team play in music and life, one for all, all for one really hit home with me at an important juncture in my life. Right from the first bar first tune, Omicron by Donald Byrd, I was hooked. It starts with a Philly Joe Jones drum intro in 6 that transforms into a pulsing 4 to the bar swinging walk by Chambers. During this walk the wheel was certainly not necessary."