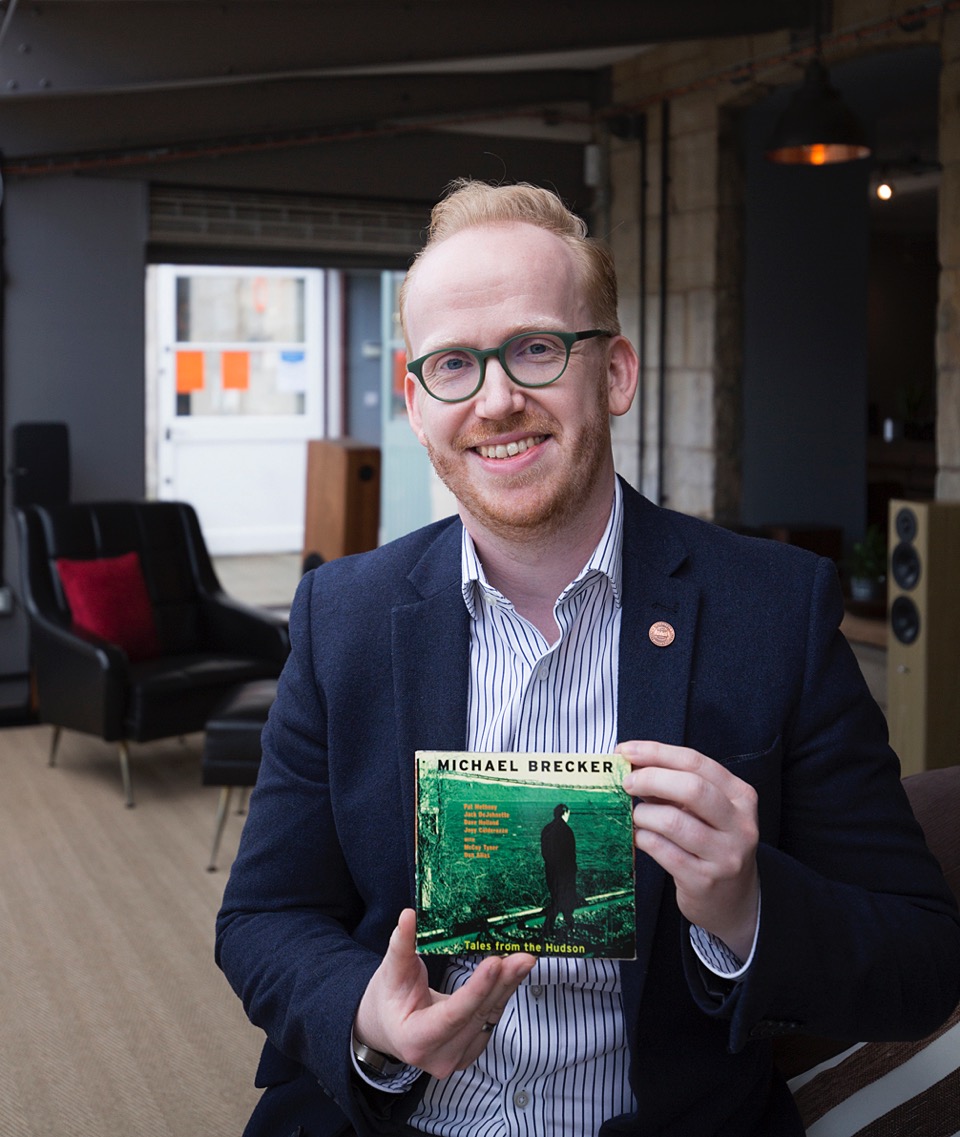 
“So it’s Tales from the Hudson by Michael Brecker.

As you can see, it's quite a well worn CD, something that I got pretty early on in my career as a saxophone player because I had heard that you had to like him if you were a tenor sax player, and I'll be honest, I got this album, and just didn't get it and t I've heard the same thing from a lot of people.

They say that Brecker is someone who you acquire - you just get to a point and this was the same thing.

I tried this out a few times because I was a big fan of Pat Metheny. My first real jazz album that I remember listening to was Letter From Home by the Pat Metheny Group and I fell in love with his playing. So I was kind of like, well, surely if Pat’s on this album, then I’ll like it. I just didn't get it.

I just couldn't understand the album and then just a few tries, and then suddenly, it just clicked into place.

Lyrically, this is amazing, the version of African Skies on it, which is obviously for a jazz quintet, rather than the Brecker brothers kind of fusion band is phenomenal.

But then I think my favourite solo is Midnight Voyage - the second track on the album, which is just this incredible slightly altered blues.

His playing is just phenomenal. it’s something that I go back to - I haven't actually listened to I put it on last night and it's first time I’ve listened to it about maybe a year, a year and a half.

And I can still sing all the solos, and I still know the order of all the solos -I just fell back in love with it.

Because when you had said, ‘an album of great significance’, my brain instantly went to this one.

It wasn't a choice - just went straight to it.

And the question I asked you was as all right to bring a CD because I don't have this on vinyl.

And again, you look at that you look at the band itself. I mean, you have like the who's who of jazz players, especially in the early 90s, Metheny, DeJohnette, Dave Holland, Joey Calderazzo and then you've got McCoy Tyner and Don Elias.

And that again, as know, many, many years later, that's quite special because I have one of your prints in my living room of McCoy and Mike at Iridium.

I look at that and think you know those two are no sadly no longer with us, but their catalogue of work is just exceptional - unbelievable. So yeah, that's my album.

That's why it means so much to me.

That was my introduction to like, just utter technical and melodic genius on saxophone - probably more than Coltrane.

I'm a huge Coltrane fan and got into Coltrane, but Brecker was the first one for me and it’s that sound as well. I can instantly just, you can just hear it and if you ever hear it, because obviously has such a prolific sideman career, and so many genres that you'll hear him on pop stuff from the 70s. You'll hear them obviously with Paul Simon, even with Dire Straits, and he plays two notes and you're instantly - ‘Oh, it's Brecker that's on that’.

And there are many permutations, but there's only one Michael Brecker.

And I was lucky - I got to see him live, which must have been his last tour before he became ill, which was when he was doing this large ensemble concert and it was at the Barbican and that was just mind blowing.

I think I was like two rows back and when he walked on stage, it was just it was incredible to be in the room with him. We were sitting I was sitting so close that I didn't really hear the sound of him coming through the PA I heard his sound - which again, as a saxophone player was just immense. was so so cool to hear. Yeah, that's my album.”

Recording Title: Tales From The Hudson