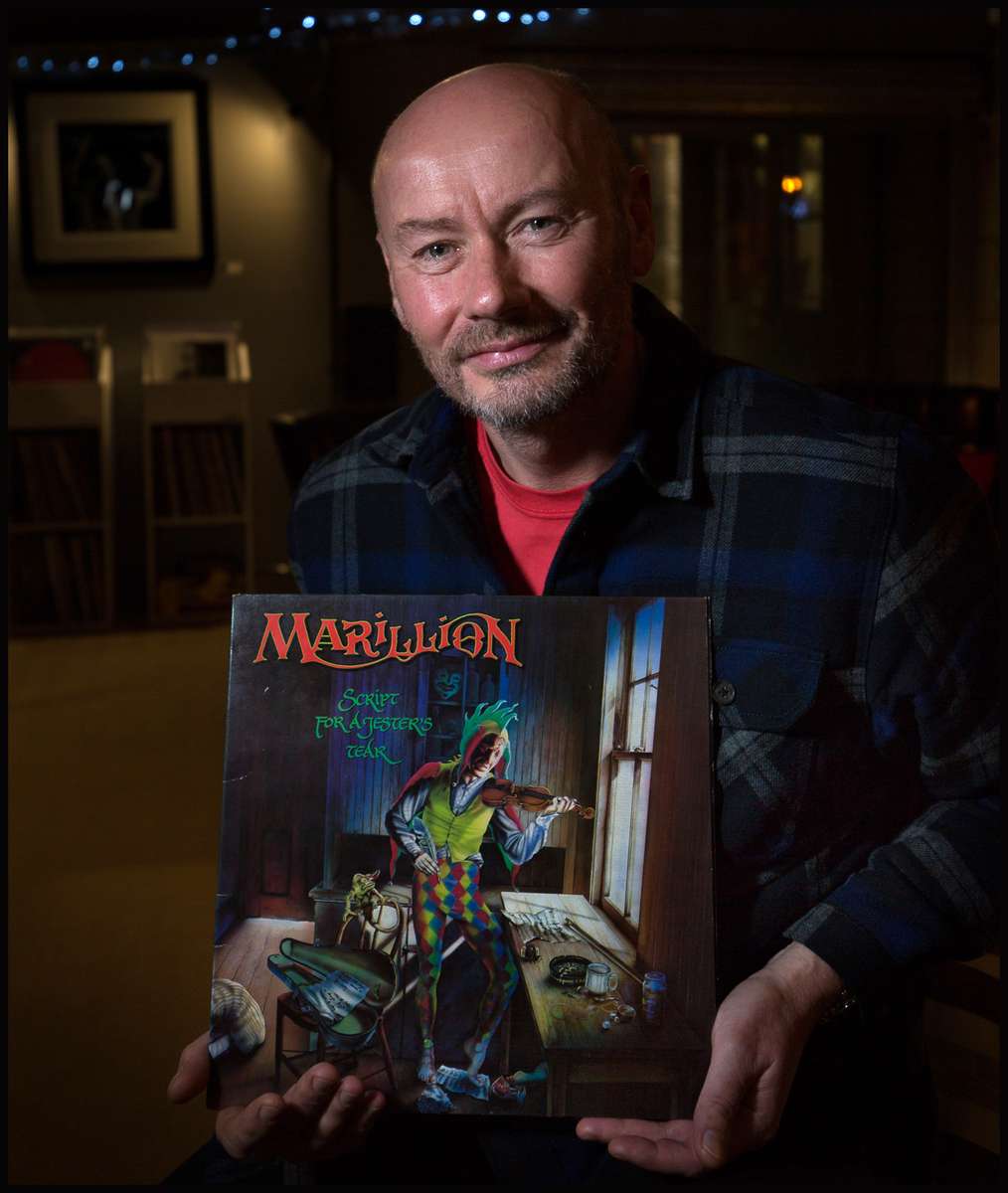 
“The album is Script for a Jester’s Tear by Marillion.

This is one of the first five albums I bought. The first was Pictures of Matchstick Men by Status Quo.

Intersting album but it didn’t take me to the places that Script for a Jester’s Tear has.

This album came out in 1983 and I’ve made so many lifetime friends through Marilliion.

I’m not a Marillion geek I just happen to have other friends who have the same passsion We’ve been to so many Marillion gigs and Fish conventions in different parts of the world and it’s just one of those albums that catalyses us all together.

I remember buying it in John Menzies on Annan High Street for £5.99 - which was quite alot of money in those days.

As I say it’s catalysing people.”