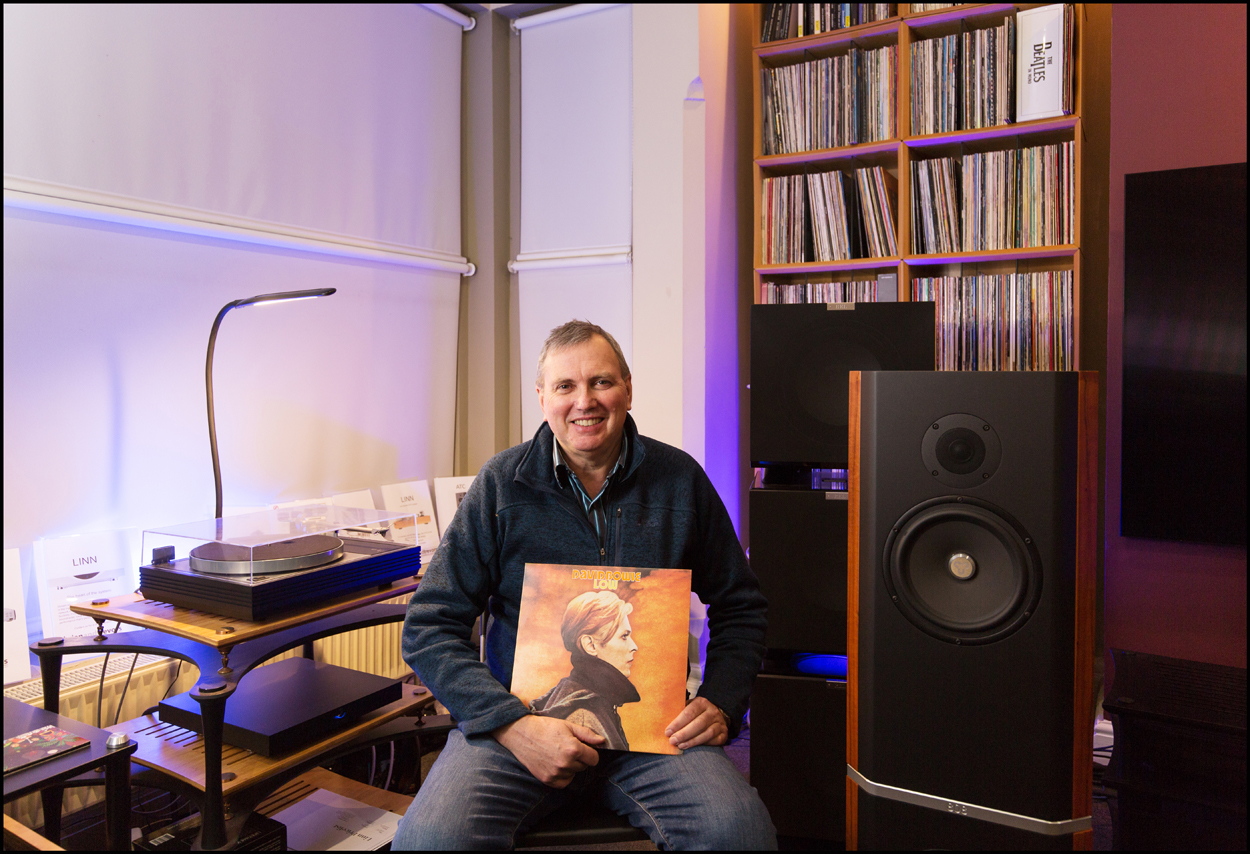 What sprung to mind was how this album changed the way I listened to music and I thought that, with this album in particular, you had to change the way you listen to music when you were listening to it because I’d not heard anything like it before.

Before he came on they had 'Another Green World' playing by Brian Eno and that was quite significant because Brian Eno features quite a bit on 'Low' inspiring Bowie through his ‘ambient’ approach.

He opened up with 'Warszawa' conducted by Carlos Alomar, it was absolutely amazing, it made the adrenalin flow in your body.

What happens when adrenalin flows through your body is that your memory of the time is crystalised, it’s something to do with the chemical, you distinctly remember what was happening - what was going on.

The song 'Warszawa' features chanting - there's no words as such but what I found fantastic was the emotion in the singing. Also 'Subterraneans' on the second side is similar - there are words but you can't tell what they are and if you can they don’t make any sense (to me) but Bowie sings them with such emotion.

Low is an example of a superstar who embraced the ambient music of Brian Eno. There wasn’t a big audience for it. Bowie didn't steal his ideas but he'd always been inspired by other musicians and on this album Bowie popularised and introduced ambient music to the mainstream.

Bowie and Brian Eno teamed up for this album - the thing is with this album is on the first side - he went back to pop songs after the previous album 'Station to Station' and the second side is all infuenced by Kraftwerk, Nue etc which he was listening to while living in Berlin. He was obviosly infuenced by them on the second side.

If you notice on side one the songs are very short and what they'd done, they'd gone into the studio and he's only half completed these songs - the seven songs on the first side - there were no endings to them so Brian Eno said 'Well what we'll do - instead of putting an end on them we'll just fade them out - and that's what they did.

However the last track on side one, 'A New Career in a New Town' - the one with the mouth organ on, leads you into the second side beautifully.

And ther's also a skill in ordering the tracks on an album and I think he chooses the order on the first side brilliantly - it leads into the second side which, as I said is heavily influenced by Brian Eno's ‘ambient music’.

A work of creative genius.”