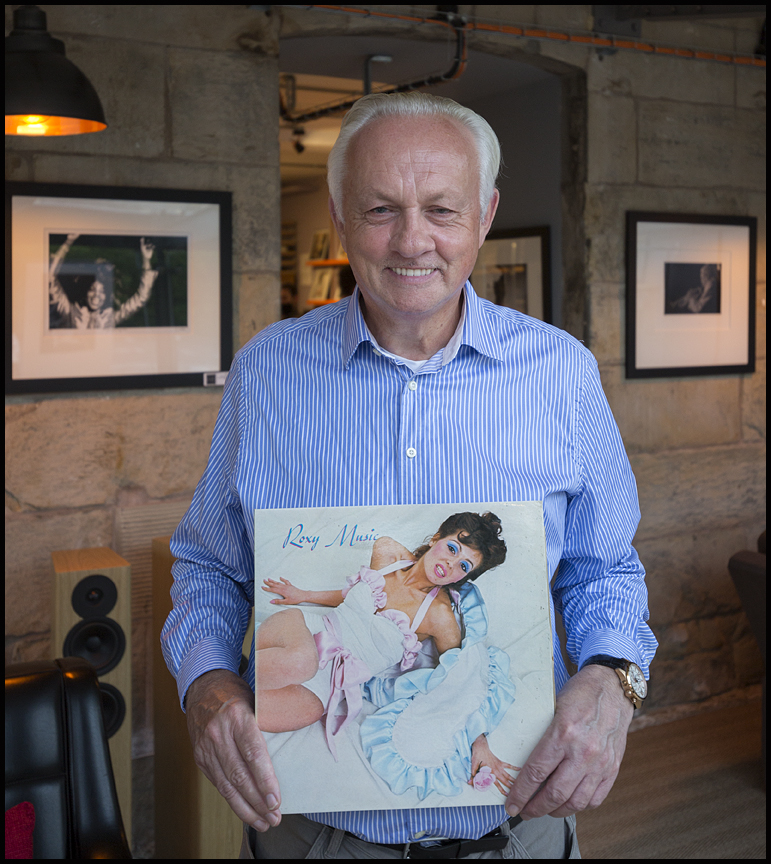 
“It’s the Roxy Music first album from 1972 - and the original pressing I bought when it was released. The background is that I got into music in the early 60s when I was about 10 years old and I come through the Beatles got into Dylan started to expand my horizons in the late 60s to psychedelic stuff and all that, got into Americana, the Band albums and that around the turn of the 70s - not impressed by the traditional glam rock scene but then one night I was watching I think it was Top of the Pops probably and saw this band Roxy Music, I thought this is different - there’s more to this than meets the eye.

So I immediately went out and bought their album because of course the single they were doing was Virginia Plain which is not on the album, at least not on the original album it's on the Steven Wilson remix that came out a couple of years ago.

But I just loved the album, I think it was very novel it took me in new directions to think about other things like for instance – the Kraftwerks and Cans of this world it kind of opened up that world - not that there's a huge similarity, but just the Eno influence in the first couple of albums definitely took me into that direction. So I just loved the album ever since I play it regularly still.

Still cherish my original copy, I have a few other copies just for ease of use and CDs and various remixes etc. and I think Roxy Music first three - four albums stand the test of time after that, I think they go a bit showbizzy, - Mr. Ferry became quite, you know, I think self centred, even more than normal.

But I think initially, especially those first two albums when there was an obvious tension between Bryan Ferry and Eno in terms of who the who was really driving the music if you like I think just makes it a very very interesting album, one of the great debut albums and I must have played it 1000s of times over the last near 50 years !”