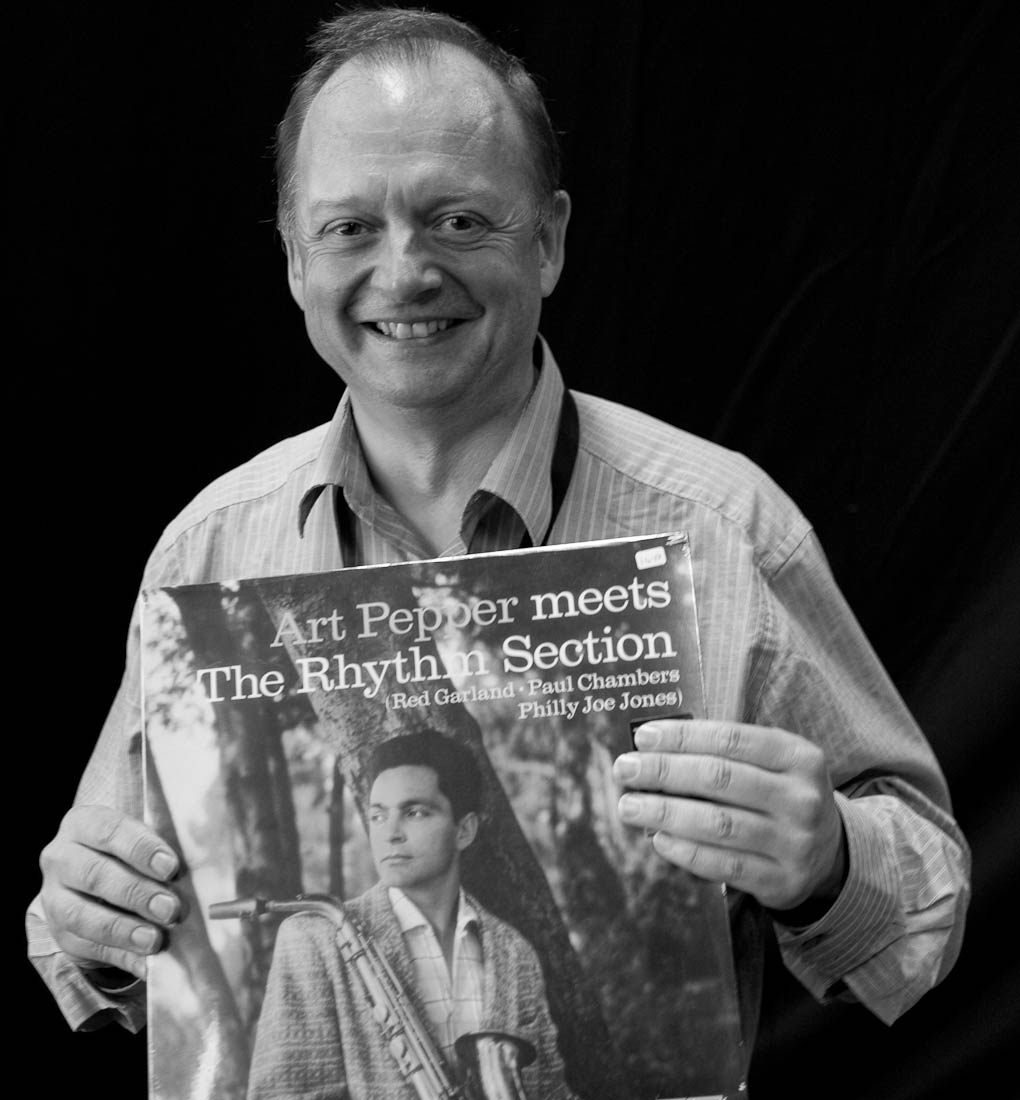 
"I remember my dad bringing me an Art Pepper LP home one day. It wasn't this one, it was 'Discoveries' - and it knocked me out. I met Tommy Chase for the first time in a pub in Soho and he said 'have you got Art Pepper meets The Rhythm Section?' - I said no and he took round the corner and bought it me instantly - shoved it in a bag, gave it me and I said 'I can't accept that from you.'

He said 'don't tell me what I can and can't fucking do!'

After the telling the typically colourfull story of how he acquired the album Alan went on to talk about the record.

'The Rhythm Section was Miles Davis' rhythm section and was probably the greatest in jazz at that time - It would be a terribly formidable thing for anybody to just walk in and play with (them) but he did it and he did it so unlike Miles or Cannonball or Coltrane, he retained his individuallity.

The record is so exciting - really it's the embodiment of what jazz is about.'

'Pick the bones out of that!'

It's said that Art Pepper only learned in the morning that the recording seesion was booked, 19th January, 1957.