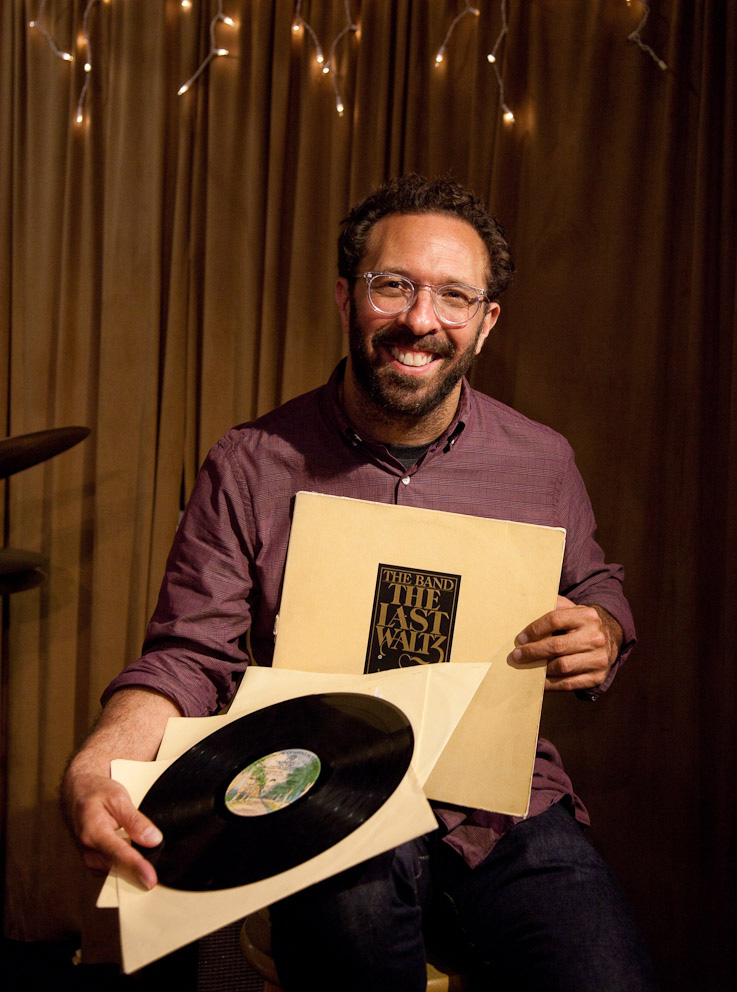 
"The album I brought is one of my most treasured possessions: the actual 3-LP set ‘The Last Waltz’ by The Band that I got when it was originally released — Probably around 1978 or ’79, I think.

'’The Last Waltz' was also released as a film, directed by Martin Scorsese. So it must have been around my 10th birthday when my mum took me and a group of good friends to see this movie at the Cinerama Dome in Hollywood. It was, of course, truly amazing. Loud, epic, and unbelievable to witness on that huge screen.

I had already listened to some of the albums that my mum had in her collection by ‘The Band’, and a lot of the people who appeared in the movie were favourites of mine already, like Bob Dylan and Joni Mitchell. Dr. John, Neil Young, and Ringo, all of these people.

So we piled into the car and went to see this movie and I was completely blown away by the music, by the performances, by the songs. We all were.

I just loved everything about it. I got the album and just played it to death. I know it by heart.

To me, this album still embodies a lot of what I find the most essential in music. All the performances are filled with so much commitment, so much power, and so much presence. Just listen to The Band play ‘The Night They Drove Old Dixie Down’ here and you’ll know exactly what I mean. It’s astonishing.

These are artists who, at that time, were at the peak of their artistry.

To see Joni Mitchell; The Staples Singers; the basically one-camera close-up of Muddy Waters singing ‘Mannish Boy.’ To experience the great orchestral arrangements by Allen Toussaint and the huge recorded sound on vinyl or any format. This album is just a beast!

I didn’t think of it this way when I was a kid but now, looking back, I can see that the kind of music that The Band played, that Joni Mitchell played, Neil Young, Bob Dylan, Emmylou Harris, Van Morrison, it was a mixture of all of the roots of American music, expressed so beautifully.

There was blues, there was jazz and often a kind of ragtime feel that I really love, there was country music and gospel; all kinds of folk forms existing together in an organic way, and just great, great songs and great songwriting. And even in a kind of jam session-like, super amped-up party atmosphere, all the performers demonstrated a great sense of focus in bringing the best out of each song they played.

All of that resonates with me more and more as I focus on increasing my ability to render songs themselves as vividly and specifically as possible. And in making my own music, I find it crucial to stay connected to all the things that are root musical sources for me. ’The Last Waltz' serves as a kind of model for me in doing that.

I don’t only love jazz. I love a huge range of music, and ‘The Last Waltz’ is surely one of the most important and enduring records for me in the way it encompasses all that I started out loving, and continue to love, about music."

My birthday - what a night...! Anthony was the featured player at the legendary John Pisano's Guitar Night

The Band: The Last Waltz released 1978