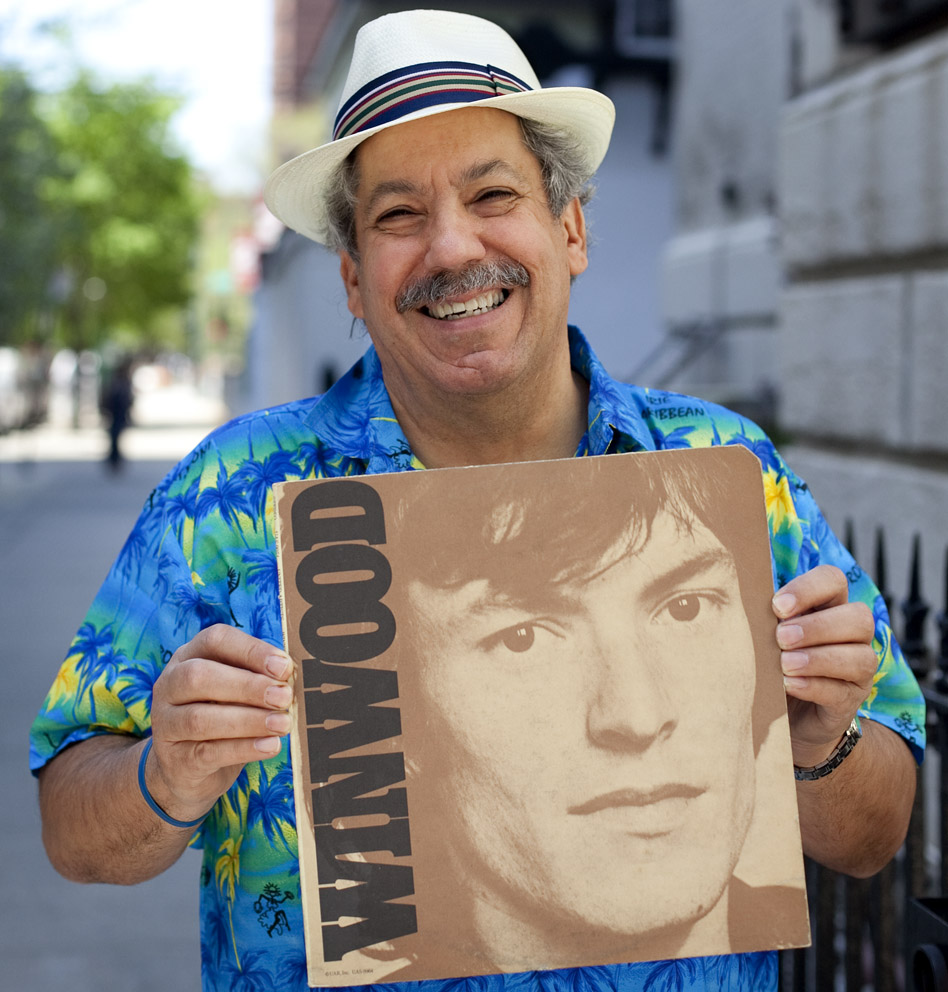 
"Well, this is a compilation of Steve Winwood, Stevie Winwood back in the day and it’s from his work from Spencer Davis, Traffic and Blind Faith.

It’s special in so many ways because as a young kid the first song I ever heard was “Dear Mr Fantasy”. I was in this freaking place, it was like a camp,and it was like a prison.

You know, my parents just shipped me off and you know I wanted to play my drums and all this stuff and the counsellor who I shared a cabin with was older and he played this song “Dear Mr Fantasy” and I heard this song that said ‘Yes, play me a song, something to make me happy’.

And when I heard those words and that voice that Steve has and the guitar solo, it just reeled me in.

I mean like, you know, I’m a blues guy and I was an orphan so when I heard those lyrics of Steve and his voice, a haunting feeling of loneliness that he said in those words ‘Dear Mr Fantasy, play me a song, something to make me happy’, I was not happy.

I heard that song and then, you know, I heard “Can’t Find My Way Home” and I heard Jimi Hendrix Electric Ladyland with Steve Winwood on the organ. And just an incredible journey I’ve had listening to his music for the last 45 years.

When he was 5 he played Oscar Peterson; at the age of 9 he played Thelonious Monk and then Ray Charles, and then Jack McDuff and Jimmy Smith.

And his father he played in an old jazz band, when he was 8 years old, he had a jazz band. So this guy is such an incredible musician; he plays twelve instruments.

He’s just recorded with everybody. I mean, as you know, from T-Bone Walker, Muddy Walters, Howling Wolf, B. B. King, Sonny BoyWilliamson, James Brown, Aretha Franklin and Etta James, and then Brownie McGhee, Sonny Terry, John Lee Hooker, Jimi Hendrix and all the contemporaries: The Stones, The Beatles, The Who, you name it.

And this music for me, this album, represents my youth and it just takes me into a place where I look back and I hear “Keep On Running”. It’s such a great song – his voice, his singing – there is nobody like him.

And Forty Thousand Headmen. I mean, you know, Traffic took all the elements of jazz, folk, classical, blues and you know Stevie and Chris Wood and Jim Capaldi they made this band and it was the greatest to me, it’s just a wonderful record, it’s a compilation and “Sea of Joy” Blind Faith, the singing on there is just unbelievable.

So I just wanted to share this record with you and tell the world that this guy, he never really was a high profile guy like Eric Clapton and all these guys, he’s just always been happy to be in the background.

Here in 2013, his music is still alive today, sounds as great as ever. He’s the nicest guy – I’ve met him – and I’m just, you know, freaked. I’ve seen him thirtytimes and am probably his biggest fan but I just want to tell the world.

This guy, this record, deserves a good chance to listen to it.

Thank you very much."