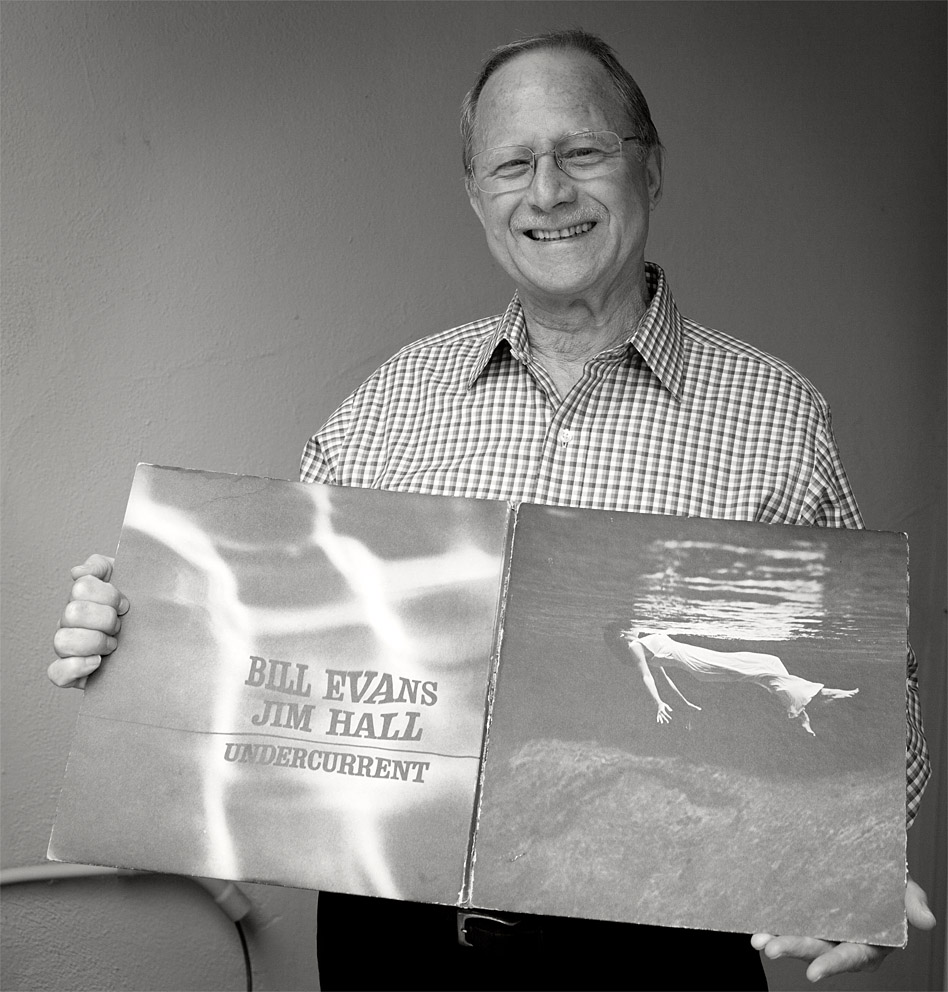 "It's Bill Evans and Jim Hall Undercurrent. I've had it for fifty years!

When I was in the service back in '64 there were two records that I just played constantly, this one and For Django by Joe Pass.

I just lived those, they were just in my mind and they still are.

This particular record shows the art of jazz and what it's all about - really listening so closely (to the other players) surrendering to the music and letting the muse takeover and just fly.

Jim Hall's touch can be so expressive - he could be so tender and in the next moment just burning so hard - then turn around and playing rhythm guitar and just sound like a whole rhythm section all by himself.

It's just these two guys - it's the ultimate piano guitar collaboration I think.

They did another one a couple years later in 1966 I think called Intermodulations - but this is the first one and this is the one I love."