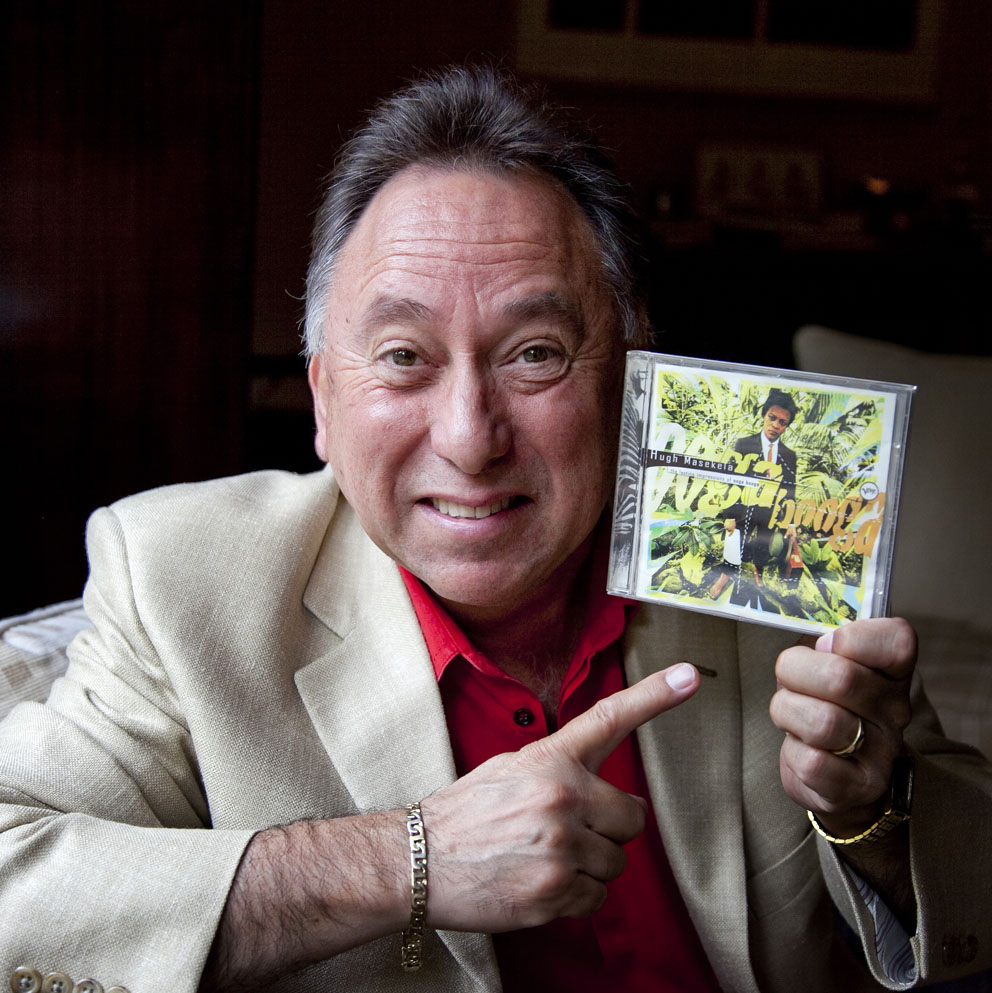 "I brought two (albums) but this is really the one that sort of turned my head around and this is The Americanization of Ooga Booga and this was the first album released in this country byHugh Masekela and Hugh Masekela must have come into my life when I was about 16 - 1966 maybe, maybe ‘65.

But when I heard him play, and this is a live recording. This happens to be a double set, his first and second records, but, you know, the large record had a red cover and there he was in the jungle someplace with his shoes off and when I heard him play I felt some kind of a powerful connection to what obviously is his passion playing the instrument and singing and talking about political issues right at the beginning of his career.

Studying him I knew he had married Miriam Makeba who was a big star when he was a child then they finally got married and then they split and so I studied him personally and also musically because I found his music to be very raw, very exciting, very interesting, very passionate.

Now, the guys I was listening to him before him, of course, was Lee Morgan and Freddie Hubbard. They’re brilliant, of course. Their passion was not as raw.

They had much more clean edges to their playing, to their chordal movement, to their styles.

He brought something else to me, so with what I knew about those guys, what I knew about Dizzy Gillespie and Harry James, then I got to this guy, Hugh Masekela, and he just…he opened a different passion…passionate door for me and I studied his music and listened to it and listened to it and then studied the man and I felt I was enlightened in some way about a broader sense of music other than just American music but here’s an African from Johannesburg who now is playing jazz, expressing himself, not being an American so there is a little different take on his music and I guess maybe I even related to him because, though I am American, at that time in ’60, you know, middle ‘60s, early ‘60s there were no Latinos of any great name in the jazz arena so maybe that’s another reason why I took to him to find someone who can do what he did at that level and express himself like that and I think I related to him in some way and he is still with me today.

I saw him just the other day on this live stream from Istanbul through the International Jazz Day and though, as we all are, a little bit larger than we used to be, he was exactly the same kind of personality that attracted him to me, or me to him, and that is, singing about the injustices of people to people.

He played flugelhorn better than I have heard him in years and he was very obviously consumed with his commitment to mankind and all of the above.