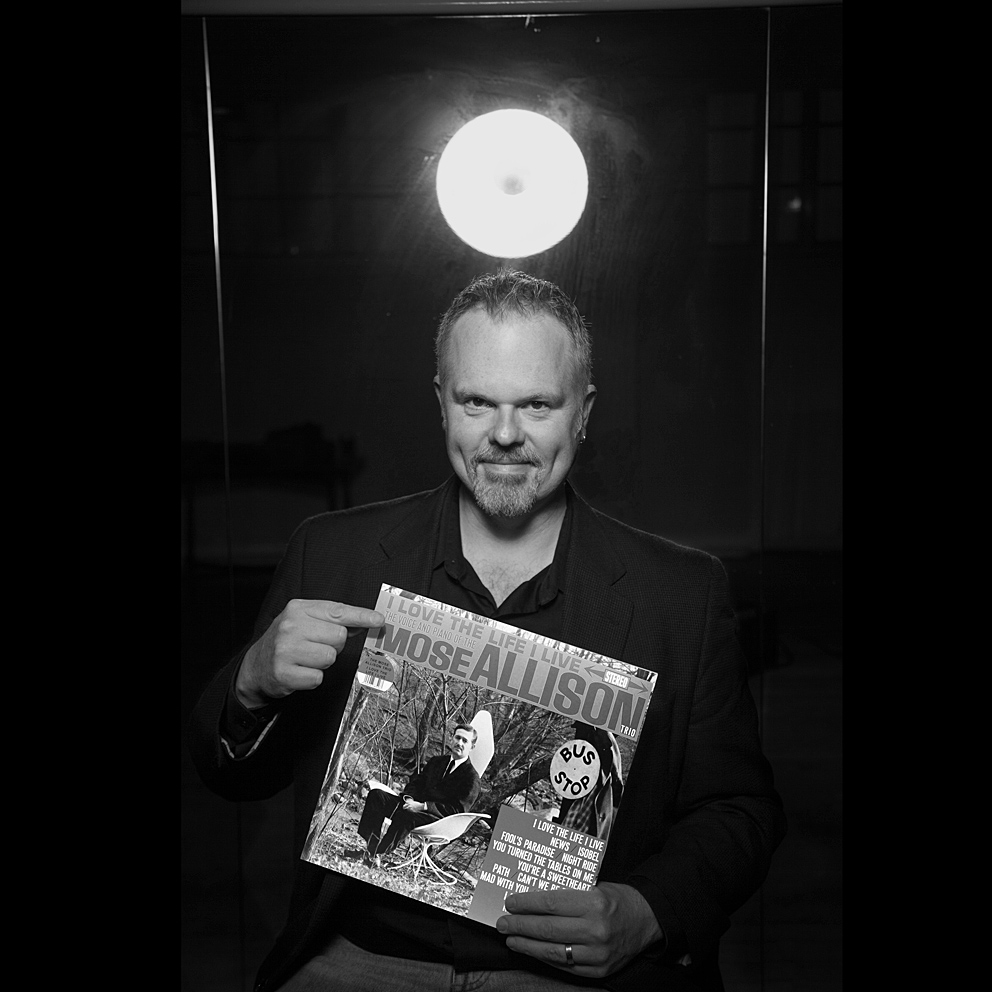 
“I mean there's loads of them that that come to mind that I guess if I had to pick one it's probably 'I Love The Life I Live' by Mose Allison.

I'm thinking about the cover now where he's sitting out in this plastic chair in the middle of a forest rather that's it looks like a bus stop,here's even a bus stop sign but it's obviously the back woods so it's kind of illustration of his music.

So, really deep blues combined with more sophisticated urban stuff - it's a lovely picture and the guy that produced it -Teo Macero - is just legendary - produced all those Miles records on Columbia and produced so many great sounding records - and so it sounds wonderful and they're great players on it.

But the main thing it's just his voice and his playing are so spare and so just kind of uncomplicated, unelaborated, you know.  Really, really pure and raw sounding playing and singing.  And, of course, his writing is great.

He did other records where he wrote a lot more songs.  I think he only wrote two or three of the songs on there - but he does a Willie Dixon song on there which is the title ' I Love The Life I Live' and you know, he's the first one I heard doing it but I heard Georgie Fame and Van Morrison - all sorts of people play that  song and I'm sure they all got it from Mose, you know, rather than from Willie Dixon.

So he did a lot to spread that music around - and he's just the coolest cat I know - Mose Allison.

Yeah, so I tried to be him when I grew up and I'm still working on it!”

Mose Allison: I Love The Life I Live released 1960