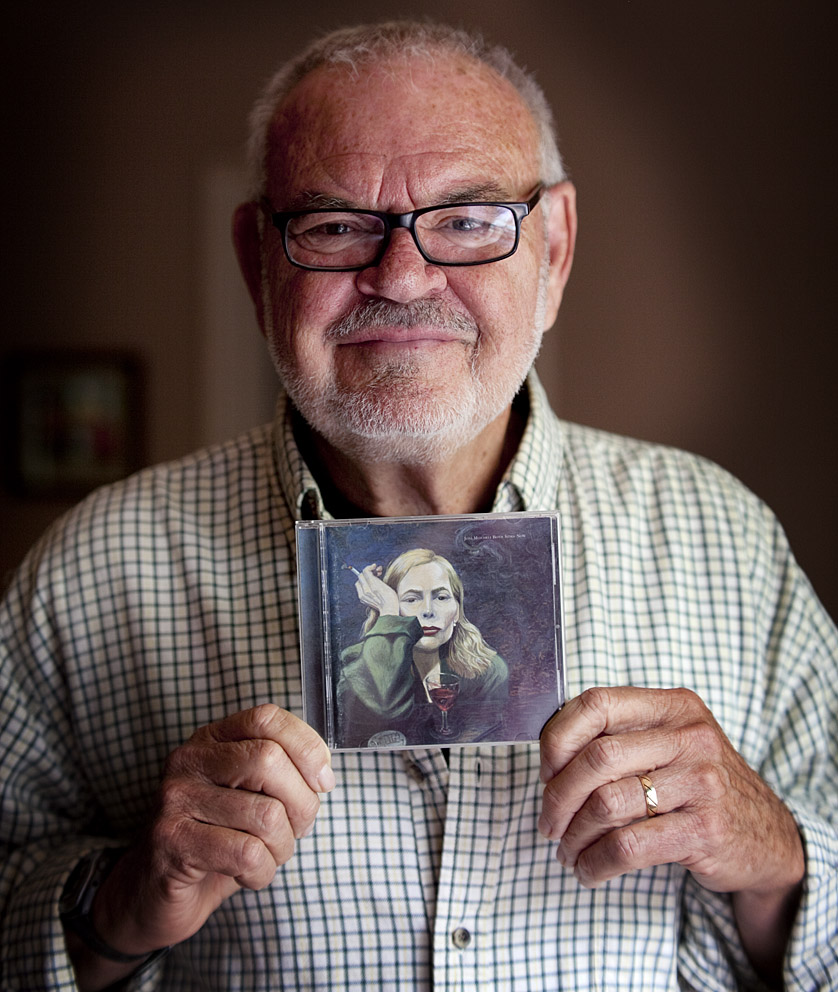 
"Normally most people wouldn't pick an album that they are on, but this is not because I'm on it - but because it was such a surprise to me.

I was asked to go to England for an album with Joni Mitchell and I always thought that Joni Mitchell was in more of a folk bag -I wasn't sure what I was even gonna do.

I get into the booth and there's big orchestra there and everything and we start playing and she starts singing the first tune we did - it's not necessarily on the record was 'You've Changed', and she sings straight ahead beautiful stuff and I could not believe what I was hearing in my ears - she gave me chills up my spine man.

To this day I put this on for people that have never heard it and they can't tell me who's singing because they've never heard her sing like this.

The arrangements are absolutely incredible – by Vince Mendoza.

So this is a real important album to me - to pick out my favourite album of all time - that's almost impossible.

I go way back listening to many things - Miles Davis and all those things that turned me on.

This one shocked me because it was so good!"