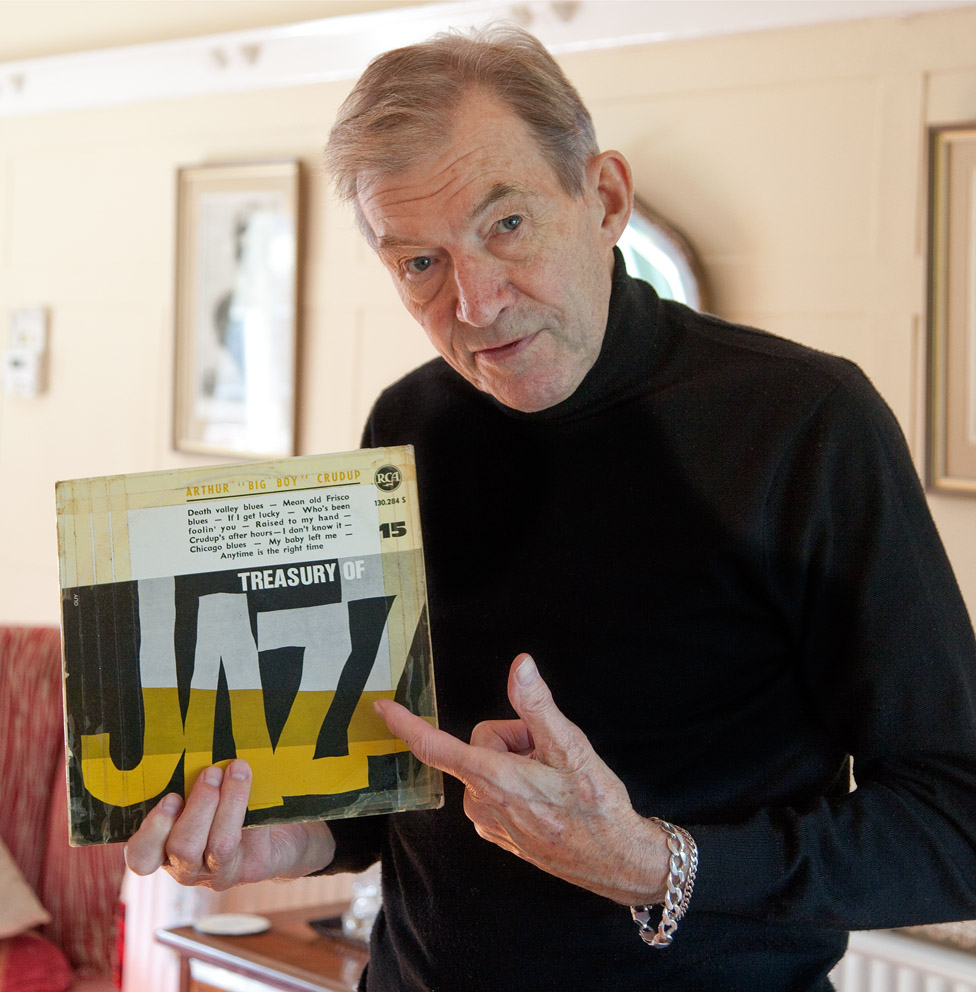 
“I’m from the generation like the Rolling Stones and the Beatles who grew up in the 50’s.

Our first influences were early Elvis, very early Elvis from '55 onwards until he went into the army in 1958.

As John Lennon said - ‘That’s when Elvis died, when he went in the army’.

After that there was all the films and that stuff.

When I first heard Elvis I listened to great tracks - Blue Moon of Kentucky, That’s all Right Mama, My Baby Left Me - all these great songs.

As young people in Sheffield - very young just leaving school, we didn’t know where these songs were from. - we actually thought they were Elvis songs. When you’re young you think the guy who’s singing them wrote them.

So the fact that I’ve delved back - along with a lot of my colleagues at the time - like Joe Cocker here in Sheffield and people like that. We went back to see where these songs came from.

This is where I discovered Arthur "Big Boy" Crudup who wrote That’s All Rght Mama and My Baby Left Me, songs that Elvis recorded.

I still have the original that I bought way back..

My Baby Left Me is on here, That’s All Right Mama isn’t on here but you get the gist, the feeling. It’s all down home stuff.

T-Bone Walker was down as Treasury of Jazz as well. Another one of my heroes from that time was Chuck Berry.

I’d read from the limited music papers of the time - probably Melody Maker as dad used to take Melody Maker every Friday, so I would be reading the jazzy columns.

When rock and roll came in T-Bone Walker was mentioned as an influence with Chuck Berry - especially with his theatricals and his guitar playing.

That’s how I discovered T-Bone Walker by reading it in a jazz magazine.

Then in 1962 I was bold enough to go The Free Trade Hall in Manchester to see Memphis Slim, T Bone Walker Sonny Terry, Victoria Spivey and Brownie McGhee all on the same show - and John Lee Hooker.

That again was one of my very early influences, more leaning towards the jazz side because of my upbringing.

I always tended to swing towards the jazzy people.

My father was a jazz drummer, only semi professional but that’s where I got my first interest in music.

It’s only years afterwards that you realise the influences that your parents had on you but I just accepted it. There was a drum kit and my first instrument was playing drums - much to the annoyance of the neighbours.

That was my first influence - jazz and I’ve gone back to it as the years have gone on.

I didn’t want to know in the 60’s but as the years have progressed you again go back to your roots - very much as in life I think.

You start thinking about your roots more than you do when you’re 26 or 27; you don’t care then do you?

All the women are around aren’t they!”