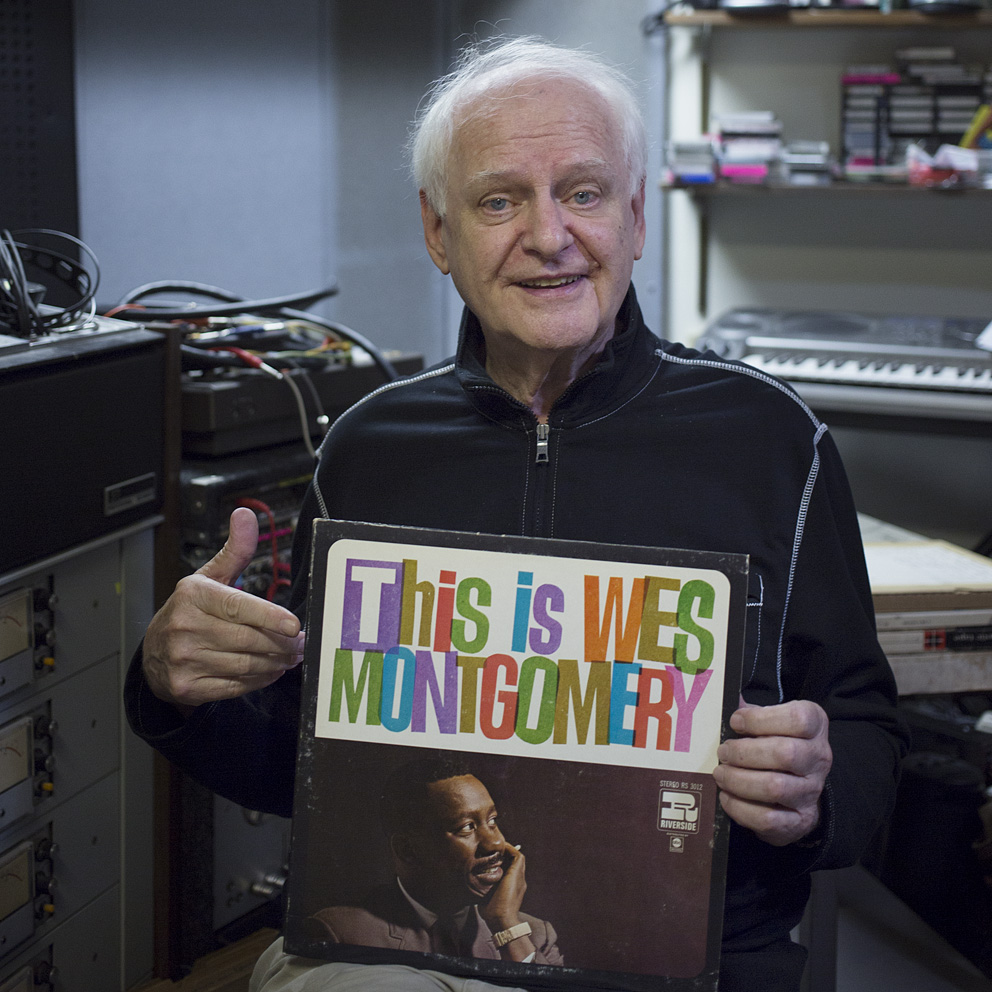 
“As I had mentioned my big bothers record collection was influencing me a lot because that was my only form of entertainment while my mother and father were working and I was home alone.  And I would dig into my brothers collection and I saw records like Lionel Hampton, Benny Goodman.

This is called The Quintet of the Hot Club of France.  You've probably never heard of it."

Del "But I enjoyed that .. and one of the other records that I enjoyed a lot was Lime House Blues. But I went through my record of 78's last night - I didn't realise I have so many records of The Hot Club of France that I played every night!

And the other one that I liked to play was Benny Goodman, and I liked his clarinet playing, but one of the records I liked a lot was Benny Goodman playing 'Solo Flight' with some guitar player named Charlie Christian.(smiles)

And I liked the tone of this guys guitar playing, it just attracted me, and I'm like six or seven years old. And it was just like my pick of the week. And so these were two records that just sort of stuck in my mind all my life.

Well I guess he was very very respected I found out later on. But to me that 78 rpm was one of the records of my...it was my pick of the night was 'Solo Flight' and the other one was 'Lime House Blues' by Django Reinhardt. And these are the two 78s I have with me.

Now the 78 of 'Lime House Blues' is a little bit cracked because I played it so much (laughs ) I just wore these records out.  Those were the two records that influenced me in my very, very young days.

However, after I was playing guitar, after my father had got me playing very well, I went down to Indianapolis to visit my godparents daughter and, you know, I thought 'I know everything'...I'm 18 years old and ask any 18 year old - they know everything and I certainly did...or I thought I did. And my godparents son said ' listen, we're going to a football game tonight but we've got to drive through this town with a lot of black restaurants and bars so we want to walk through it real fast and we'll see the football game and then we'll go...we gotta go back through that area where our car is parked because parking is cheaper there'.

So we went there and it was in November and I was 18 years old and as we were coming back, it was like 10 o'clock at night, we were walking by this one restaurant and it was like an Italian restaurant you know just very nice little place, and I see this guitar player playing with drums and bass.  And I'm hurrying and I said 'gee I've never heard that sound before and I mean he's playing chords that can't work - but they're working - I don't know how he's .....' and then I went ..'this is something not right.'

So then next thing I knew I said 'I got to go inside, it’s freezing cold out here just let me stand inside'. So I stood inside and listened to him some more and the next thing I knew I was sitting right on the front chair under his nose and I'm watching him play guitar. His name was Wes Montgomery.

I'd never heard of him and I didn't know where this guy....but where was this guy coming from. My God he was playing with a thumb and he was playing better than I play with a pick and he was playing chord solos that just blew me away and then he would play lead lines and then he'd go back to chord solos. So I had to meet him, so he took a break and I went right back to the kitchen where he was drinking a cup of coffee and I said wow your name is Wes Montgomery and he said 'Yeah I'm Wes' and I said ' My God how are you doing that with the chords with the thumb and he said

He was a very, very wonderful gentleman.

And he said ' I don't know I just play what I feel, you know, you just have to do your thing'

And I said ' I can't believe it' I said 'I've never heard guitar like this, you sound like a whole orchestra with me sitting with you' and I said 'the guitar was so smooth'.

And I had asked Wes, I said ' You know you are so great you should have a recording...you should be recording'.  My gosh here I am 18 years old telling him what to do .

He said ''Well' he said ' you know I I might get a deal with a company out on the West Coast, I just hope that the ticker holds out.'

I said ' What are you talking about - ticker?'.

He said ' Well you know I have a little heart problem' and he says 'I just hope that I get the deal and I'll be recording out there'. And I said ' Well that'll be great, if you put out an album I would buy it. I mean it's just terrific.' And of course he did.

And the album I brought is 'This is Wes Montgomery', and it's on Riverside Records.

And so this is one of the most influential records that turned me around on guitar and taught me things that I had never learned from anybody else.