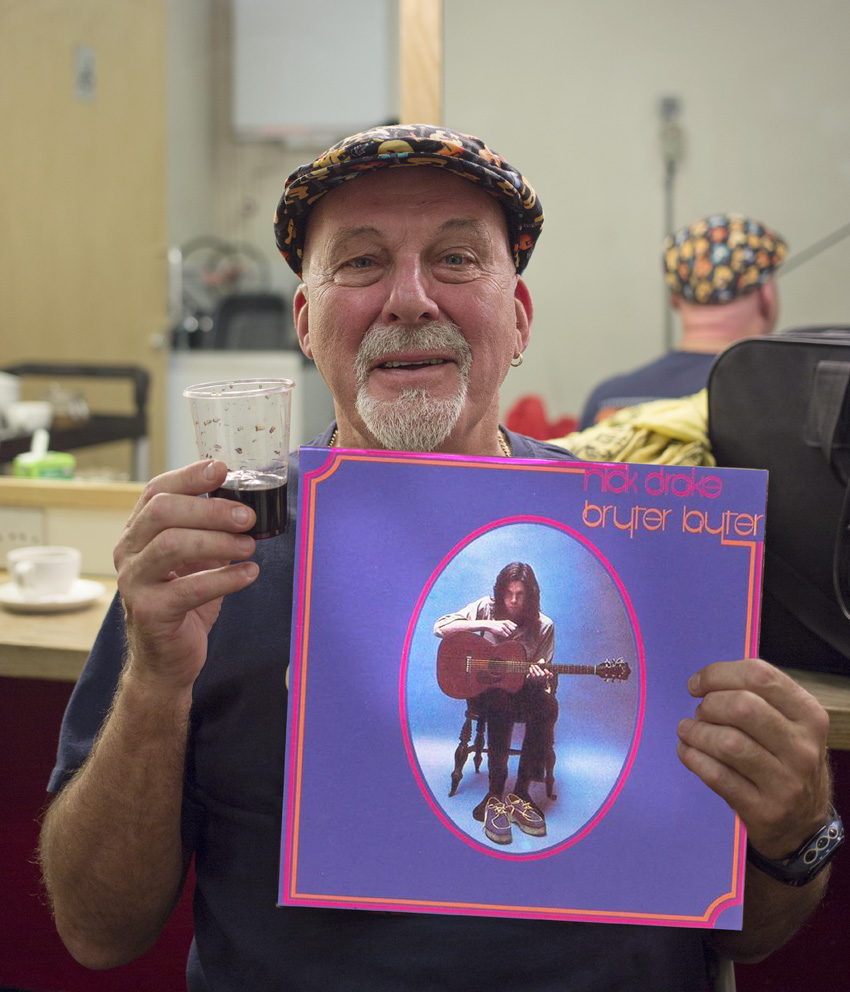 
“Well, it's Nick Drake and it's a record called 'Bryter Layter'  which is spelt Layter.  and Nick was - when I joined Fairport in 1969, Fairport Convention, Dave Mattacks the drummer and myself we started doing a lot of sessions for other people in the kind of folky kind of cannon,  if you like.  Because our manager Joe Boyd was also a record producer and so he would ask us to play on records by people like John Martyn, Sandy Denny obviously and, you know, other people like Ralph McTell and we played on so many different albums but Nick - this became a very special recording.  It's my favorite album that I've ever played on I think.  Not just because Nick sadly isn't with us anymore, you know he died a couple of years after that album was made.

But it's a lovely album and I have great memories of being in the studio at Sound Techniques with John Wood, who was a wonderful recording engineer, and playing.

The album was made by Nick - he was playing and singing more or less live in the studio and it was just like myself and Dave Mattacks or sometimes it was Mike Kowalski who was an American drummer who played with the Beach Boys - I think he still does.

And then there were some overdubs by Richard Thompson.

It's an album that's got a real kind of quality of it's own in terms of sound and in terms of atmosphere, which is why it's still a really relevant album.

It's sold consistently over the years and it's not just people of my generation who love it - it's young people as well.  I meet a lot of young kids who go 'oh it's an honour to meet you because you played on Bryter Layter'

It's one of my favorite albums - it has a quality about it.

A great longevity which I hope it will go on and on.  It's an iconic album you know.”