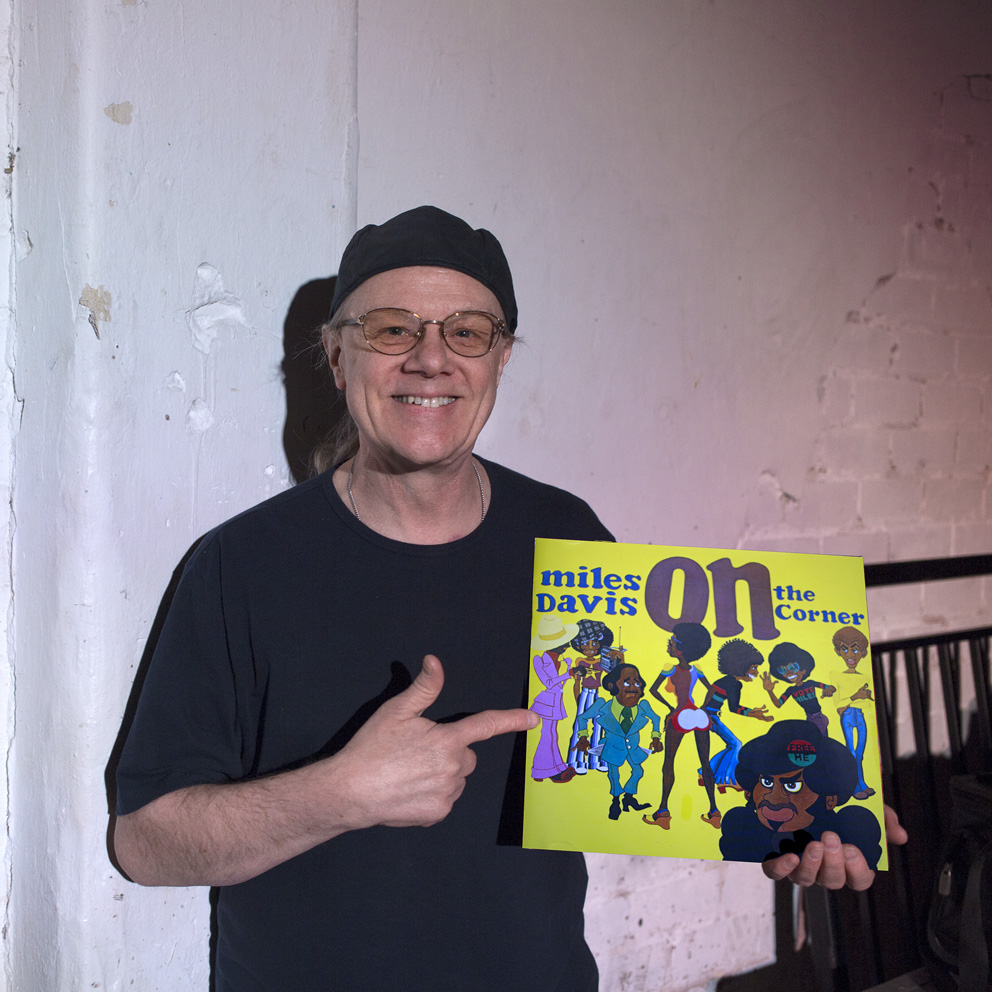 
“It’s an album from 1972  and it’s Miles Davis ‘On The Corner’. I think there’s no artist in any field of music that I have listened to more in my life than Miles. I’ve got all The Beatles albums - we’re in Liverpool now while we’re speaking. I listen to The Beatles a lot - can’t get away from The Beatles - I love ‘em. Miles is the only artist I listen as much or sometimes even more than the Fab Four, and I love every period of his work, whether it’s the early bebop recordings, or Birth Of The Cool, Kind of Blue, Bitches Brew or the later stuff after he came out of retirement - I love every period of Miles. Sometimes people like only certain periods of his career and albums because he changed so much – always moving forwards.

The album that I've chosen comes from one of his most far out periods - I think far out is a good term to use! Kicking in about 1968, 1969 with In A Silent Way and Bitches Brew he started to get really out there! 1972’s album ‘On The Corner’ wasn’t particularly well received - the world wasn’t ready for it - it was ahead of its time - I think it’s still ahead of its time. It’s supposed to be one of his most ‘difficult’ albums but I loved it from day one and I’ve listened to it most days since!

It predates a lot of techniques now used in recording, he used drum and bass loops and dub techniques. It’s a mixture of live playing and editing which Miles and his producer Teo Macero were much into at the time, recording long long jams which they would edit into kind of suites, you know.It’s got some fabulous musicians on it - obviously Miles himself playing electric trumpet,

Chick Corea and Herbie Hancock playing keyboards, John McLaughlin on guitar, Dave Liebman on saxophone, and the great Michael Henderson playing bass, to name but a few. These were long groove pieces. I remember when the album came out on vinyl it had track names but as the side went through the needle just carried on with no change - that was pretty hip I thought!

I love lots of groove based music - I love The Prodigy for instance - people don’t expect me to like The Prodigy but I do, aways did. I don’t know if Liam Howlett who writes most of that stuff for The Prodigy ever heard On The Corner - I don’t know if it influenced him. Maybe he never heard it, but I think if he did hear it he’d probably dig it. I must ask him if we ever have The Prod at Cropredy!!! On The Corner also mixed tabla and sitar in there - so Miles was doing “World Music” long before the term was coined. He also said at this time that he’d been influenced by the great composer Karlheinz Stockhausen. The British cellist Paul Buckmaster contributed some arrangements and played cello on there - so it’s got the lot! The cover art was by a hip artist and friend of Miles called Corky McCoy. I still think 'On The Corner' is waiting for the world to catch up, you know!"

Miles Davis: On the Corner released 1972