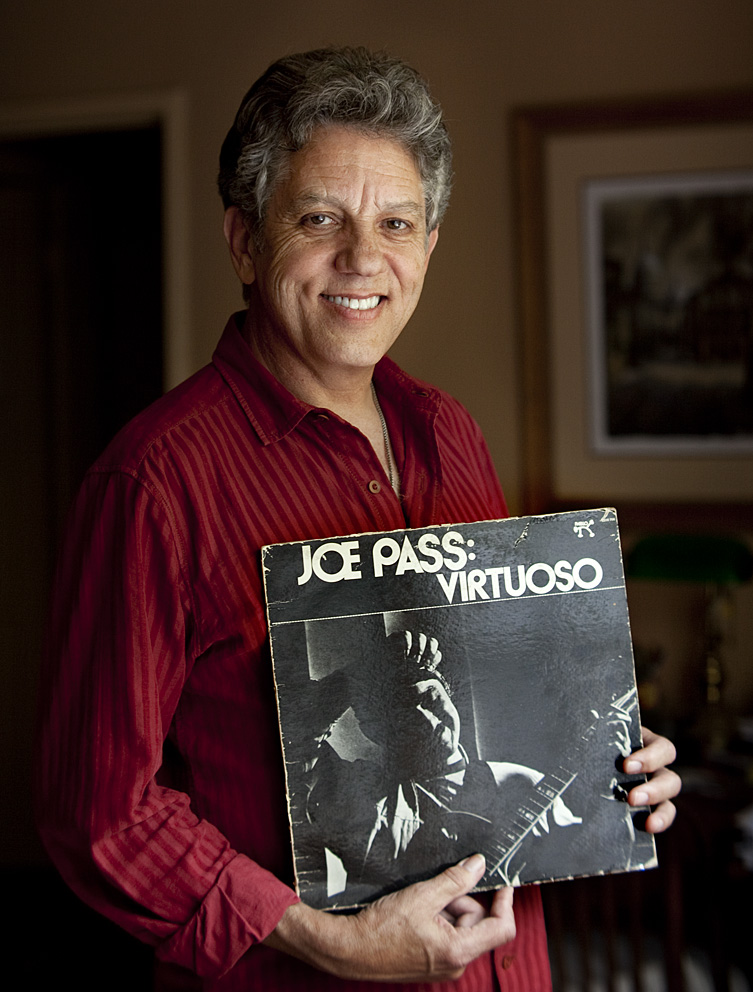 
"It's Joe Pass' Virtuoso album - it was one of three albums on the Pablo records that I bought.

I already knew who Joe was before that and I had a record called Intercontinental - it was a trio record that I loved.

It made me aware that Joe Pass was someone that I really needed to pay some attention to when I was a student at Berklee.

At that point my playing hadn't developed to where I was playing with just bass and drums - which is what that trio record was.

I was always used to playing with a pianist or vibes or another guitar player - someone supplying some harmonic support.

So for me the trio setting was rather lean and naked and too much of a challenge.

So when this came out I thought 'listen to this' - he's not only a great trio player he's playing alone.

So this for me became the mountain, so I thought if I can do that - if I can even approach functioning at that level than I'm doing something - so it just became I was sort of obsessed with.

I thought 'solo guitar' - it's like 'why not'? - why wouldn't that be something that any guitar player wouldn't aspire to. It seemed to me the most difficult thing you could do - at that level. So that for me became the mountain - and remains so!”