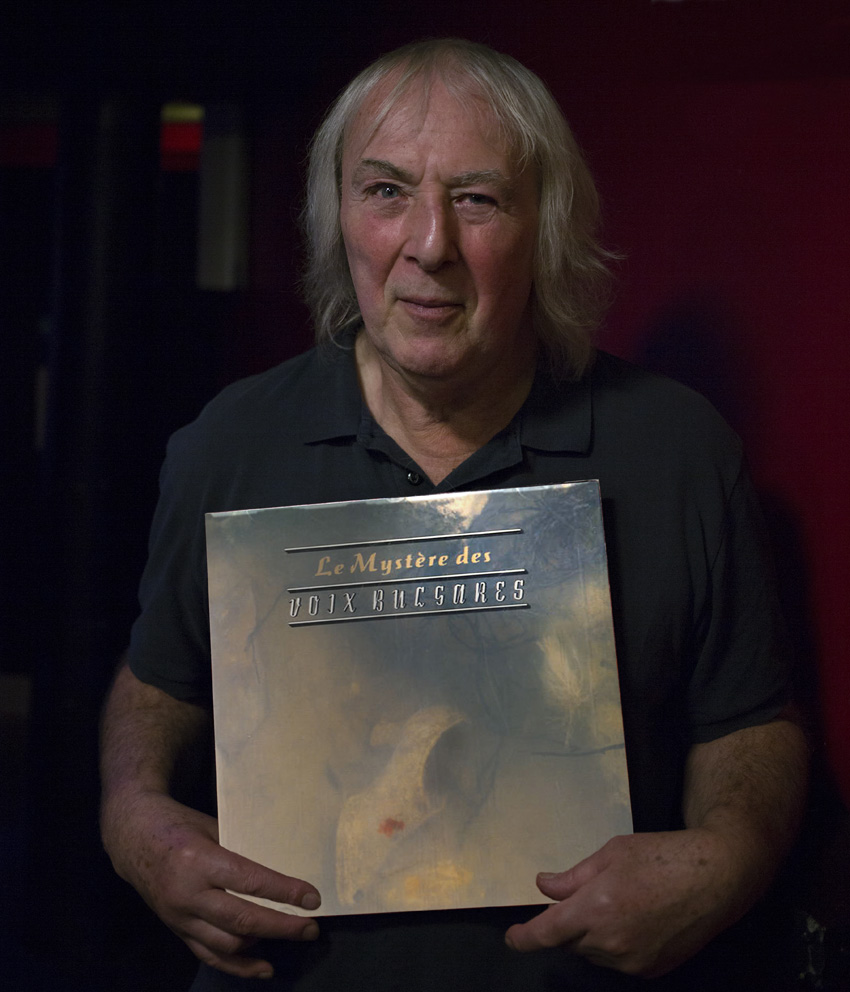 
“I just find that it reaches kind of deep inside.  The name of the album - it's Les Mystere des Voix Bulgares. These are Bulgarian - well I think it's like a national choir now but they sing Bulgarian folk songs - they're also work songs.

They're what people sung in the fields during their labors and they are the most extraordinary voices.  It's kind of a sort of open throat singing.  Great power in the vocals and it's so that you couldn't give anymore - if you were singing they just give everything they've got.  and it just sends tingles up my spine when I hear them sing.

Some years ago I happened to be somewhere and I met one of the singers and her name is Kalinka and she was one of the main singers in the choir.  She was married to Martin Jenkins the guitar player.  So I was actually lost for words when I met her because I couldn't believe my luck having someone that had that special voice.

(W - from the point of view of voices would you say it's somethings that's influenced you in your approach to music - or would you say that it's kind of a separate appreciation that you just happen to feel for it?)

What I listen to can be coming from anywhere, any genre.  It's just if it touches me it does and that's one of the things that does.  It could equally be a piece of jazz, a bit of reggae, some classical, anything at all as long as it does that thing then I will instantly fall in love with it.”