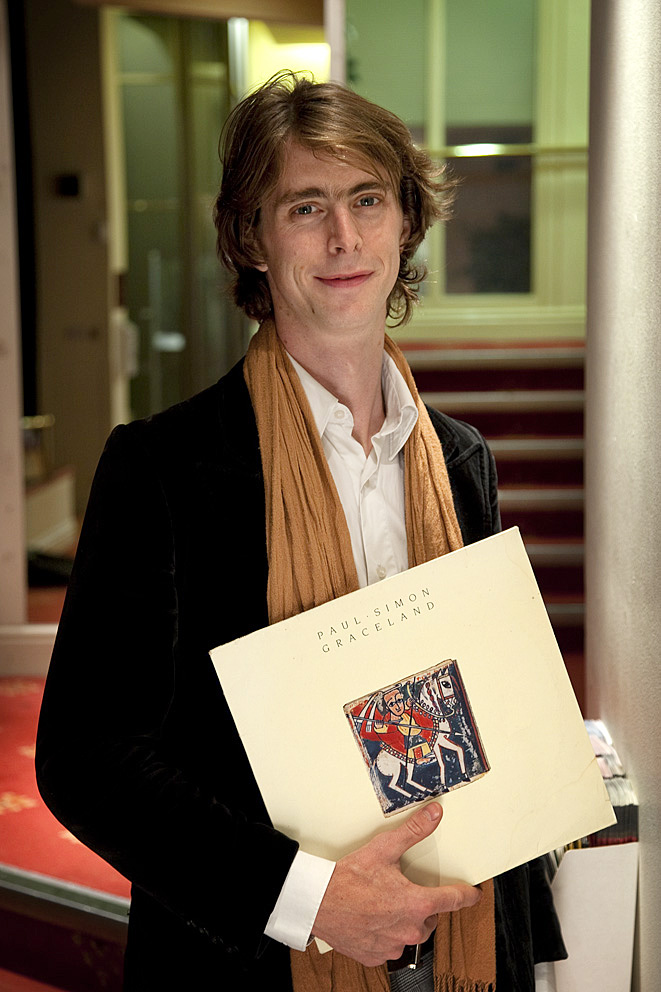 
"I guess I heard it when I was really young when it came out in the ‘80s. I just kind of couldn’t stop listening to it really and both my brother and I got really into it and I think it’s just one of those albums which has stood the test of time for me.

I still listen to it a lot and I reckon I probably know pretty much all the words to all the tunes on the album - it’s just a great feeling to it.

As a percussionist, you know, there’s all the rhythms and the drums and percussion side of it that are really great and all those great South African guitar lines and that kind of mixture of the South African township music.

WE: It was startling when it came out because nobody had heard anything like that before, in the mainstream.

JH: Absolutely. It was a really important album politically as well. I remember seeing the African concert video of when he did it.

He did the concert, it was just outside Cape Town in South Africa, and it was the first time that there had been a massive concert where it was open to black and white people and you had Miriam Makeba and Hugh Masekela and people who hadn’t been allowed to play in South Africa for years up until that point because of their political beliefs.

So it was really important with those guys there with the kind of the jazz – Hugh Masekela’s jazz influence – and the Ladysmith Black Mambazo choir.

There were so many elements that went into it and actually my dad ran a male voice choice and he did “Homeland” which is the choir song with his choir so it was kind of … I don’t know, we were all just sort of enchanted with it really, I guess, and it kind of got me into Paul Simon as well.

I love all his albums and, you know, I think a lot of jazz musicians actually have… He is one of the more popular music guys – a bit like Joni Mitchell, I guess – that has a lot of respect for jazz musicians and work with people like Phil Woods and Michael Brecker and Steve Gadd.