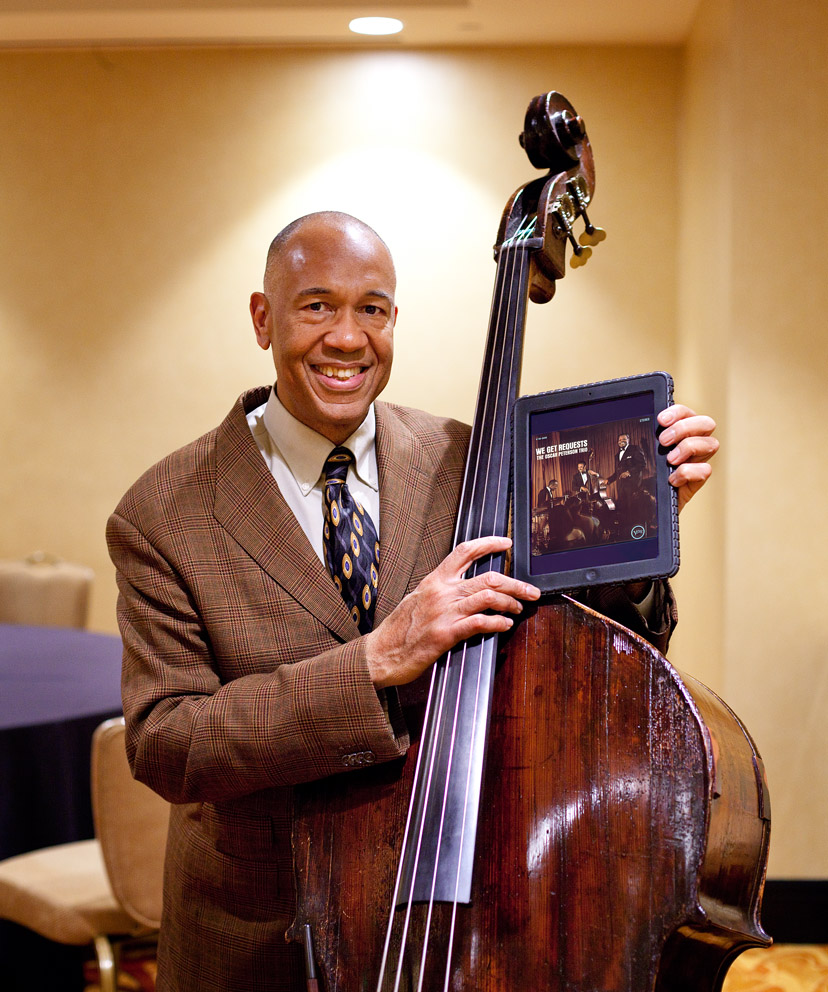 
“Well this album is not only a special album musically, artistically because it’s got Ray Brown, Oscar Peterson,Ed Thigpen on it.

And he looked at me and he said ‘We Get Requests’.

This (standing with bass) used to belong to Ray Brown.

After he passed, his widow, who's like a mother to me said "If you’re interested in buying the bass, I’m holding it for you."

So, it took a few years to get over his loss before I bought it but I eventually did.

So this is a really really special album for me.”

Oscar Peterson: We Get Requests released 1964