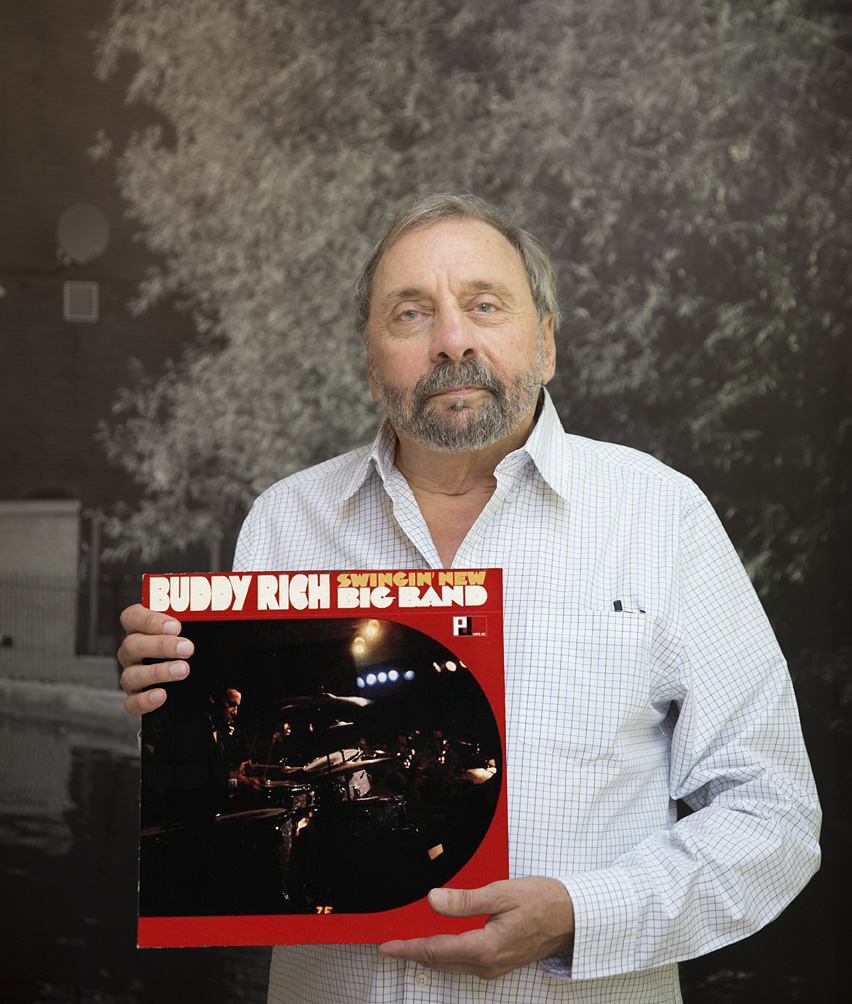 
"“1966 when I got to Berklee that first Buddy Rich album came out and you know I had followed Woody Herman and Stan Kenton and all the Count Basie especially and Duke Ellington but when that Buddy Rich album came out my brother, my older brother Pat and I …we were at Berklee at the time .. then my younger brother joined us at Berklee and I wore that record out. I couldn’t believe what I was hearing . You know to me Buddy Rich was this old guy that played with Harry James I didn’t, you know, I never listened to him. We heard this band and I said ‘That’s the band’ .

And, you know, my brother Pat was in his last semester of his degree and he got the call to go on Buddy’s band and he quit and went right on the road he said ‘That’s the band’. And he had been asked by Woody Herman and other bands but no he wanted to go with Buddy ‘that’s the one’ and then I followed him after that. But it was that was the band, I remember that record the - what was it called..they call it so many different things but that very first Buddy Rich band of 66.

That Buddy Rich album yeah that really got me energised. I mean I listened to the Woody Herman 66 was a great album and 63 was the first one when I first started college in 63 that one really caught me because it had Sal Nistico and all these young people playing this energised music but when I got to Berklee and heard Buddy Rich it was a different story. I don’t know why it just resonated with me and I didn’t know I was going to be a writer, then I was a trumpet player, but course I was always had that penchant for writing. I was the kid of the brothers that took the things off the records, there were no books, so I could hear those inner harmonies and write them down and my brothers and I would play Miles Davis and all those albums with our little band but I guess that was the genesis of me really thinking I could write, do some writing, and eventually that’s what happened - I was lucky enough to be anointed by Buddy to take some arrangements and that put me on the map."