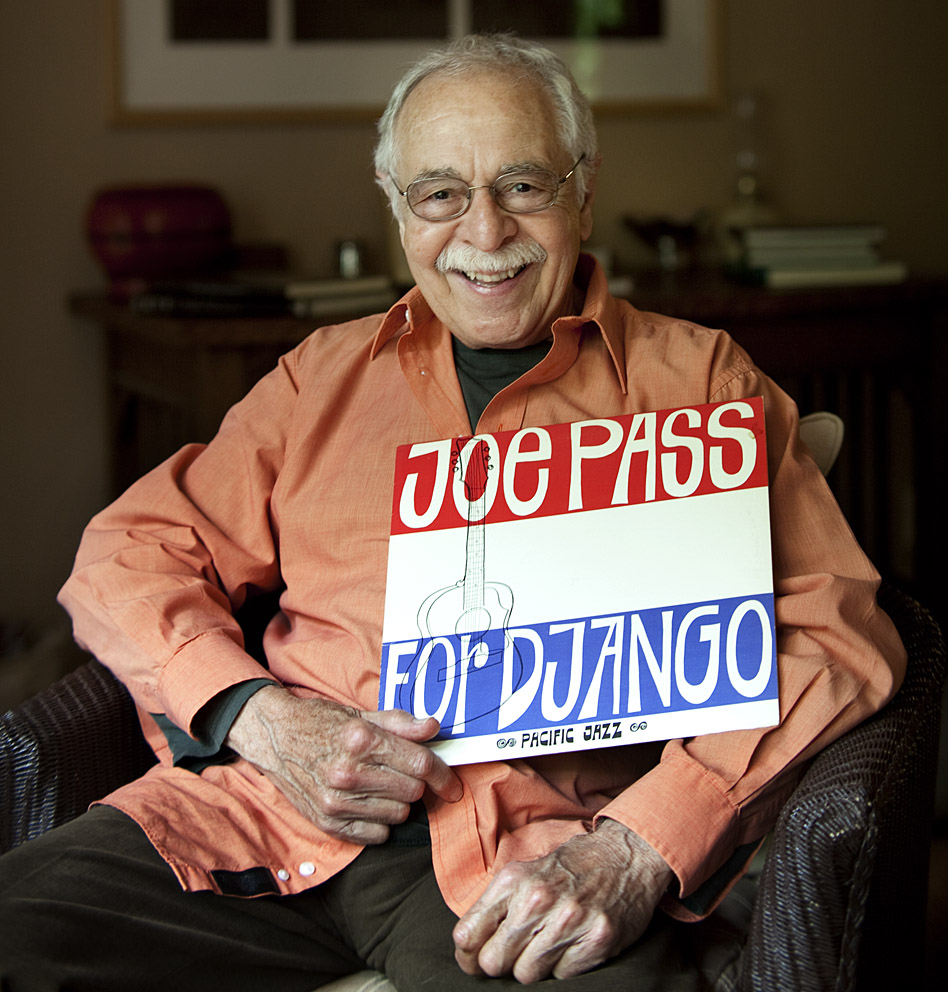 
“We all have many favourite albums, and I thought there’s a couple of albums I really enjoy and listen to frequently but then I thought a little further and decided one of my favourite albums is one that I'm on, it's with Joe Pass.

It's the second album we did for World Pacific, called For Django which is now kind of a classic, and through the years, when they were young guitar players - then gone to become great guitar players (they) have called me and said - even to this day - they'll say 'I grew up with the album' - it's become like the primer for jazz guitar players.

Everytime I hear it I go back to that place where we recorded it with Dick Bock who owned Pacific Jazz.

Joe was a hard guy to pin down - he didn't like to rehearse but I remember we really rehearsed on the album.

We'd get together the two of us, afternoons and figure out chord voicings and stuff like that.

We still have the rhythm section around - Colin Bailey in fact is working at guitar night in a couple of weeks and Jim Hughart who is the bass player on the original Joe Pass album .

We (all) just recorded For Joe with Frank Potenza.

So this album - For Django is very special to me!"