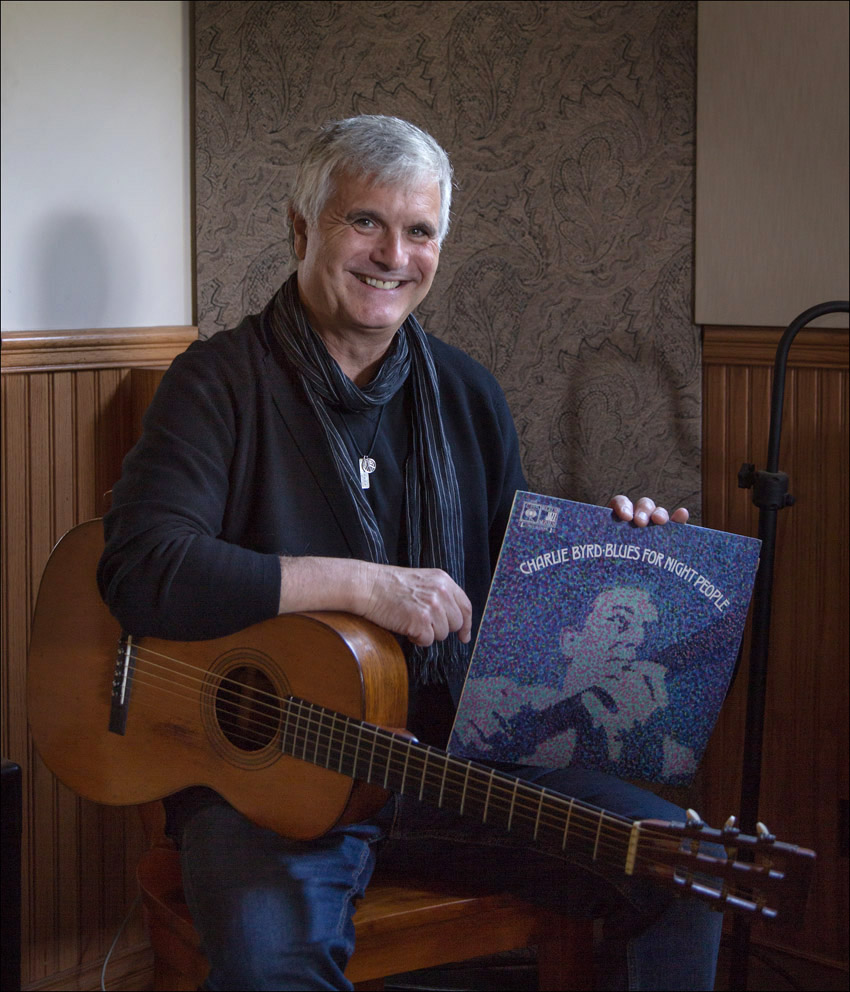 
“It's Charlie Byrd's 'Blues For Night People', which is you know nylon string guitar classical guitar in a jazz trio situation ensemble.  And when I was a teenager as well as, you know, I was not stuck on any one particular style I just wanted to be kind of a well rounded musician and I was taking classical guitar lessons in high school and I was also playing electric guitar and listening to Django and Barney Kessel and Joe Pass.  What struck me about Charlie Byrd and this particular album was that it was that point of that nexus of kind of classical, not just classical technique but classical consciousness, crossing over into jazz.  So it was a different kind of fusion but it very much appealed to my sensibility and still does because I don't live in one particular genre.

I didn't really act on it at the time but many years later, once I really had the time to really become a more accomplished finger style guitar player, I was always that was always in the back of my mind was that..not necessarily just with the classical guitar because I never really took to nylon strings that much I always liked the sound of steel strings but just conceptually and the fact that in the liner notes Charlie Byrd refers to John Dowland, Elizabethan lutenists and how you can draw on that tradition and that very much fit my kind of musical sensibility. The idea that you could go back four or five hundred years and find, - in those cases they were lute player but it still you know strings and frets and a finger board, could find inspiration and information in music that is not part of the jazz tradition.

But you know they were improvisers, I mean, you go back really up until probably the mid 19th century, musicians guitar players included were expected to improvise and there were chord changes, back in those days that were Renaissance ....as somebody called ' the Romanesque'  which Green Sleeves is an example.  Which was, you know , it was a bunch of chord changes that you could improvise over.

It was like the twelve  bar blues of the 16th century.  So, there is a lot, that kind of encapsulated Charlie Byrd, encapsulated that notion that you could draw on other traditions and still have it work within a jazz - loosely in a jazz context."