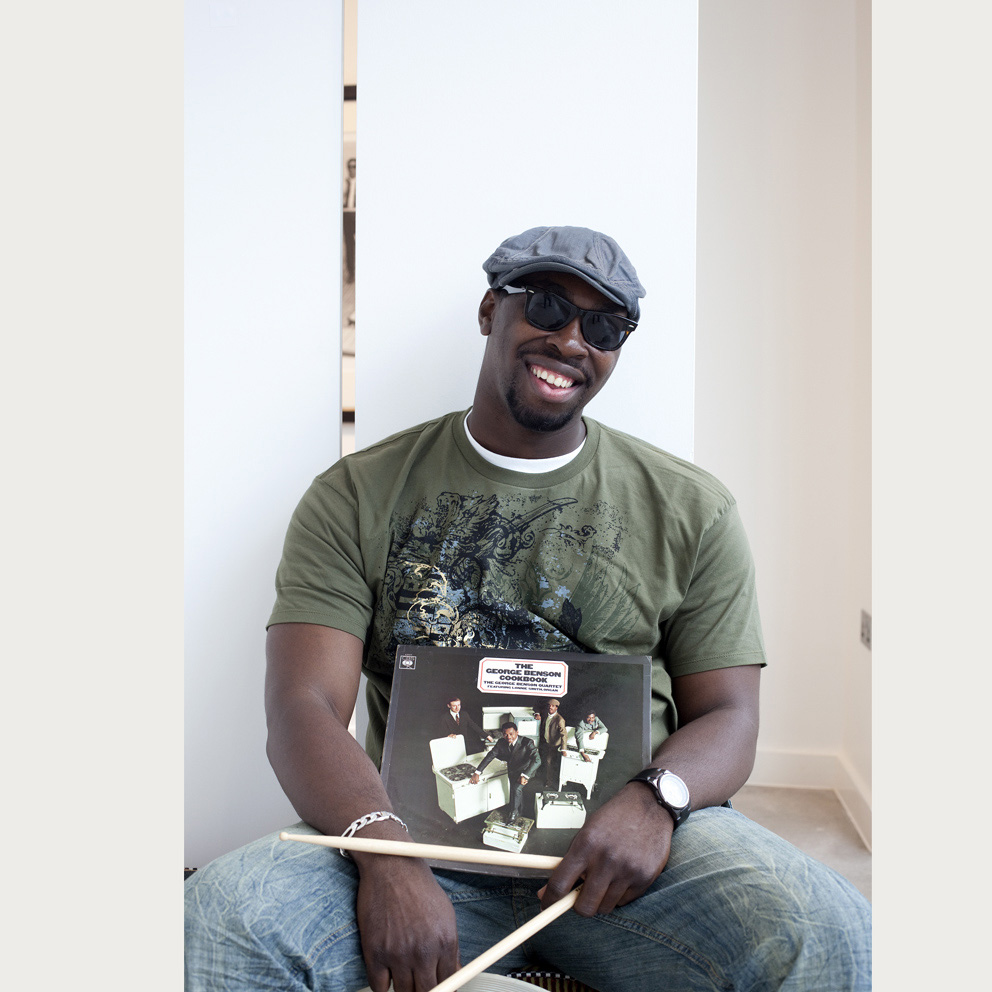 
"Well, when I was 10 years old I wanted to go hear the great Lionel Hampton at a place in Baltimore called [?] The Mire House. I wasn’t really too sure about whether I wanted to play jazz or be a gospel drummer until I seen the Lionel Hampton Big Band. I was like “Man, what kind of music is this?”. This is because my dad’s a preacher and my mom’s an evangelist so I was brought up in the church so I never really was exposed to jazz and my uncle was the lead alto player for the Lionel Hampton Big Band at that time and so I was like “Man, Uncle Mark (Williis), I want to play this music!”

Mark Gross. He plays with Dave Holland and Jimmy Heath now and the Dizzy’s Big Band. And I was like “Man, I really want to play this music now” and he was like “Well, I have these two CDs on me. You know, I have ‘em right here” - was The George Benson Cookbook and the other one was Porgy and Bess with Miles Davis and the orchestra, but the later one that Quincy Jones asked Miles to redo. So I listened to those and The George Benson Cookbook made me, like, ok this is my life, right here at 10 years old, this is all I want to do. And I was sitting in the room and just play my drums to this record and here I am now.

Yeah, I've been playing drums since I was 2 so it's been agreat career so far."