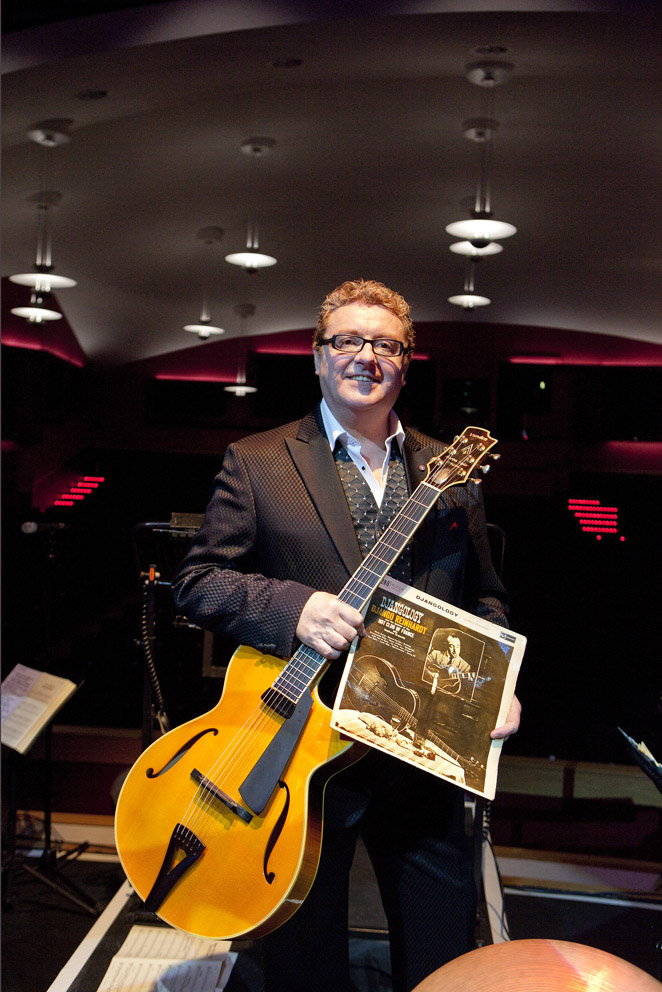 It’s music I grew up with from a little child and I always thought it was really cool-looking.

My dad didn’t take music up, playing anything, until he was 30 so that would have been 1958. So it certainly comes from that kind of ‘50…

And this (copy) was an English one because it was on RCA and with Stéphane Grappelli spelt with the “y” - which he did for a while. During the war he did that because there was an anti Italian thing going on.

When Stéphane was signed to Decca during the war his recordings all had Stéphane Grappelli with a “y”.

After the war, when Django came back to the UK, they recorded on Decca but it was Stéphane that actually had the record deal and it was called “The Stéphane Grappelli Hot Five” and then quite small letters “with Django Reinhardt”.

That used to cause a little bit of friction between them because Lew Grade booked them to play at the London Palladium after the war and it was going to be a big thing you know, a big concert and outside the billing was Stéphane Grappelli and Django Reinhardt.

Django’s name was underneath. He went off in a huff and disappeared and when they actually came and did the gig Django sat there very reluctantly and they said “Stéphane Grapelli and Django Reinhardt” and the curtain went up and Django wouldn’t play.

He was supposed to start and Stéphane had to kick him.

He actually had to kick him to get him to play.

Well, that is my childhood.”