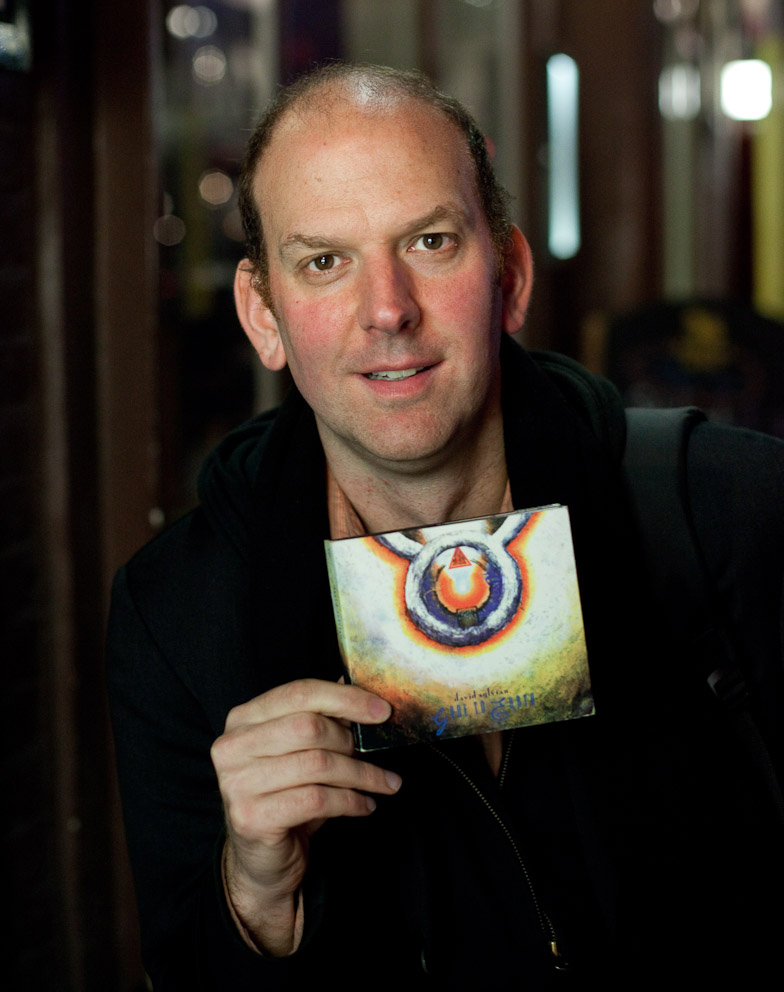 
"I've gone for David Sylvian's "Gone To Earth" from 1986. I was an early '80s kid, growing up with all the pop music around then; Michael Jackson, Level 42, The Police, Adam Ant. But the jazz thing was happening for me at that time as well. I was starting out with my drumming and listening to Billy Cobham, Weather Report. I think this album came out when I was 14 or 15. I heard the single 'Taking The Veil' and it struck me immediately as something I needed to check out. I knew Japan, David Sylvian's band from the early '80s, and I was a fan of them. But this was a whole new thing. It had a big jazz element to it. Kenny Wheeler plays a lot of solos, John Taylor on piano, another ECM guy. Harry Beckett. And also the great Robert Fripp appears a lot. And it just led me into a lot of investigations. When I delved deeper, the things Sylvian was singing about could be related to boy/girl relationships – there was a 'pop' element to them, but, as I've subsequently found out, you could look at them in a completely different way and they could be spiritual in nature, about 'the other' in general. Religious ideas, spiritual ideas. And that has really grown to fascinate me as I've got older. Also, side two is completely instrumental. And there are some very spooky, environmental, ambient pieces. On 'The Healing Place', Joseph Beuys, the German artist, speaks about his vision of art. And there's another track featuring Robert Graves' poetry. So it's got all these things happening on there, it's a very wide-ranging album. As I said, I was a pop kid growing up, and back then pop music embraced jazz. Kate Bush was using jazz musicians, Talk Talk, Stevie Winwood, Peter Gabriel even. Pop and jazz were bedfellows that were very accessible, unlike now, where it seems like the two worlds have absolutely diverged. I think Sylvian uses those elements really nicely. And of course the other thing about him is his melodies are so fresh. I think of his voice as an instrument. A lot of people find him a bit doomy and depressing but I'm always inspired by his melodies. And I think he's a great musician as well. Very underrated, understated. Plays piano, a lot of keyboards and guitar. I think disc two is basically him alone.

The story goes that Virgin didn't want to fund the second side. You can imagine, can't you? They said, 'This pop singer's trying to an album of instrumentals? What's going on?', even though Bowie had done it ten years before. I heard that he had to finance those tracks himself. I'm glad he did. About a year later he did a brilliant gig at the Hammersmith Odeon with Mark Isham on trumpet and David Torn on guitar, amazing band. It was a time when pop music seemed to have a bit more mystique. You didn't have the internet in those days where you can find out everything about an artist. I would scan The Face magazine and The Wire, just to see if I could find out any snippets of information. Gone To Earth is one of those albums where every time you listen to it, you get something new. It's such a layered, beautiful piece of music."