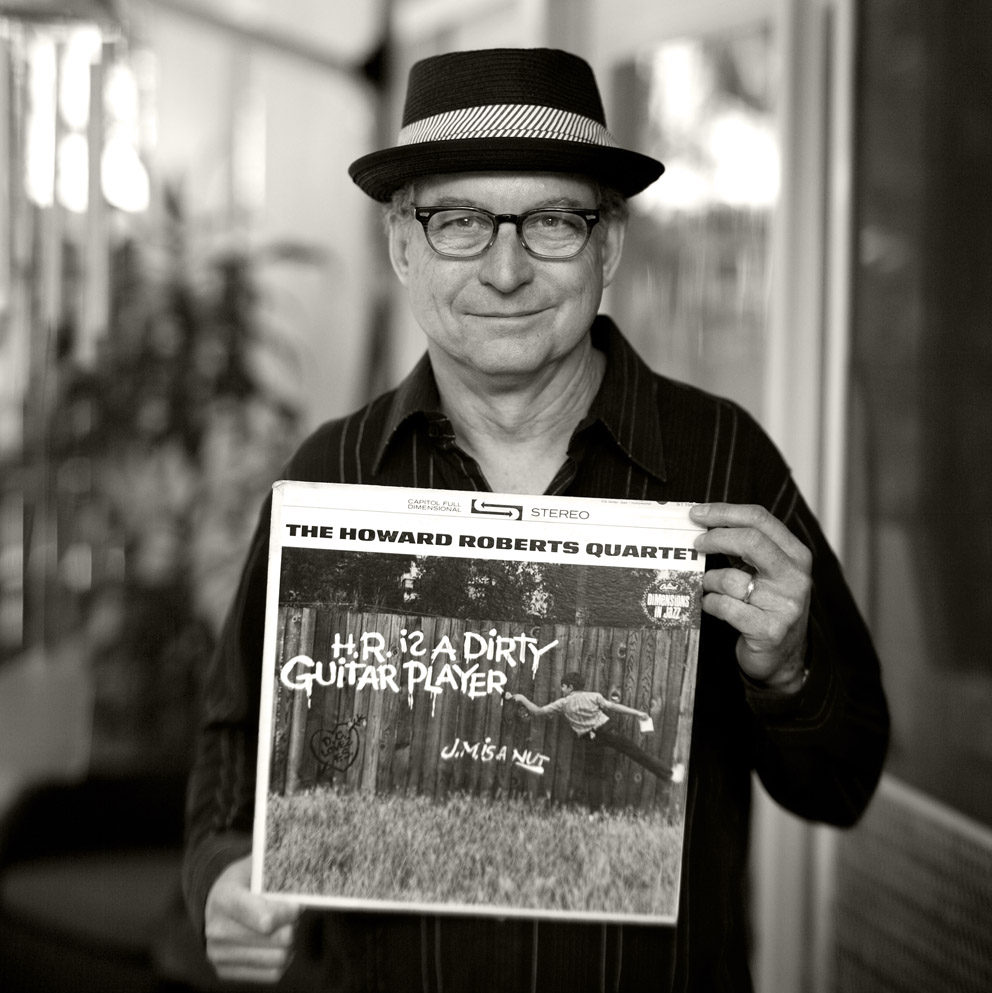 
“My dad used to play guitar, not for a living, but he had jam sessions.

But boy when I heard this – he was my idol for a long time man .

One of the (liner)notes it says – as for the other members of the quartet, we have the wonderful Earl Palmer on drums and the great young bassist Chuck Berghofer - this record was made in 1963 – it will be 50 years next month 1963 in June (Chuck Berghofer is in the room) when they made this.

The other tie in on this record is when I was 18 years old just out of high school I still lived in Tulsa Oklahoma and I drove out to go to Howard Robert’s seminar , 5 day long seminar and the tie in with Pisanos is that Monty my friend came out with me we went to Donte’s, this famous jazz club and John Pisano was playing - first guitar player I ever heard play in California! I didn’t know who he was at the time but he happened to be playing there so I’ve told that story – it’s a pretty big deal to playing with John now – and he was probably in his 30’s then – late 30’s

I just wanted to move out to California from then.”