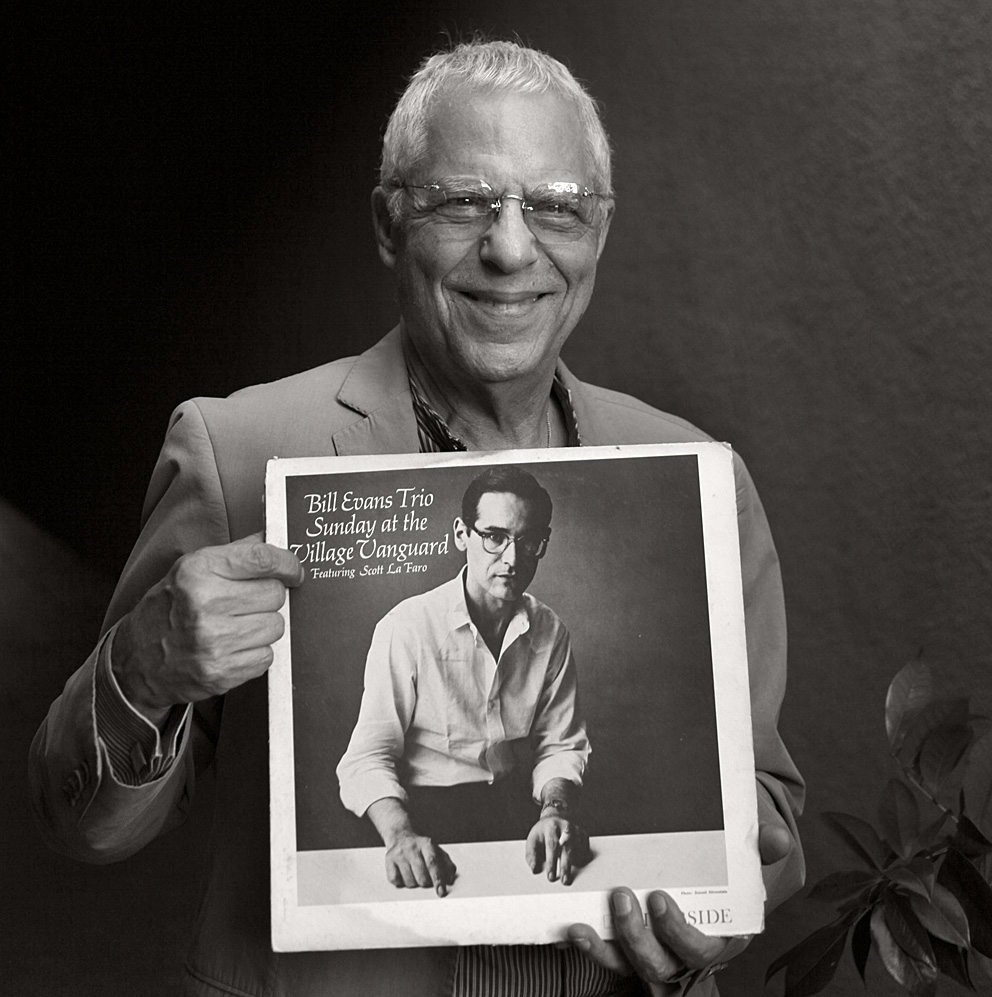 
"I said ‘I'm really not hearing this - I'm hallucinating.’

It's The Bill Evans Trio :Sunday at the Village Vanguard, it was recorded live and I may have been there on one of the nights it was recorded, I don't know.

I went there and I couldn't believe what I heard.

So I came back the next night and listened to it again, it inspired me so much I was either gonna forget about ever playing the bass again or try to figure out what this guy is doing because he set the level so high, I've been a fan ever since, he's dead now of course - he died very young.

He turned everything around for me, I had listened to all the great players to that point - I'd seen them all live at Birdland and stuff and a few people impressed me and influenced me.

But then when I heard Scott it was just like another thing. In fact I named my second son after him.

He just did something new with the bass and up until that point nobody had ever played that way, he made it a real solo instrument and another voice rather than just playing time and rhythm . The way he and Bill Evans - and the drummer of course Paul Motian was a big part of the trio too. They just had a real empathy and they played so well together so that's what impressed me.

This record is not too bad a shape, but I mean I played this thing so much, it's not too bad considering- it's got some scratches on it - and I weaned my kids on this thing!

I put the record on and put the earphones over the bassinet when they were babies and this would put 'em to sleep man - Bill Evans was their lullaby!"